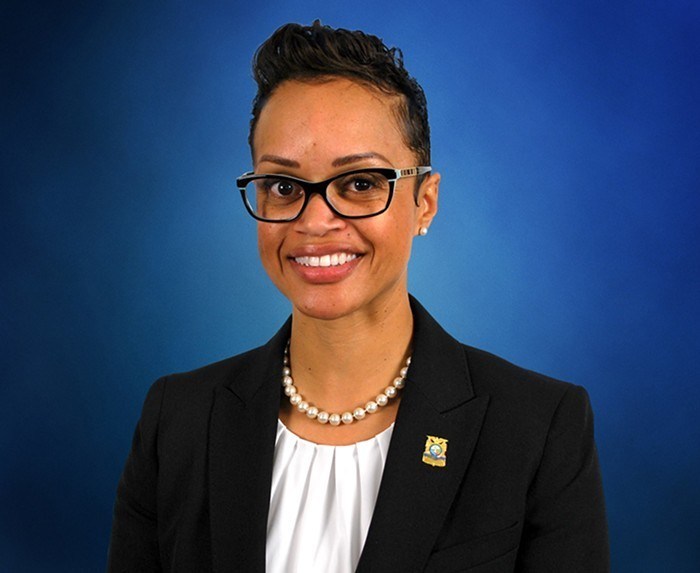 NBC News recently reported that former Portland, Oregon police chief and Oakland, California native Danielle Outlaw will be the new Police Commissioner of Philadelphia. She is the first black woman to hold that position.

Philadelphia Mayor Jim Kenney addressed his new hire, according to nbcnews.com, by saying: “I am appointing Danielle Outlaw because I am convinced she has the conviction, courage and compassion needed to bring long-overdue reform to the Department,” Kenny said in a statement. “With our support, she will tackle a host of difficult issues, from racism and gender discrimination, to horrid instances of sexual assault on fellow officers.”

To further quote the article:

Kenny added that such violence often disproportionately “impact women, especially women of color within the Department.”

Beyond addressing issues within the Philadelphia Police Department, Kenny said Outlaw will also work to curtail violent crime and gun violence. The city is currently experiencing a gun violence epidemic; more people were shot in Philadelphia this year than in any other year since 2010, according to the Philadelphia Inquirer.

Outlaw herself is quoted saying: “I am convinced there can be humanity in authority; they are not mutually exclusive.”

Original article source: https://goodblacknews.org/2020/01/02/danielle-outlaw-becomes-1st-black-woman-commissioner-of-philadelphia-police-department/ | Article may or may not reflect the views of KLEK 102.5 FM or The Voice of Arkansas Minority Advocacy Council