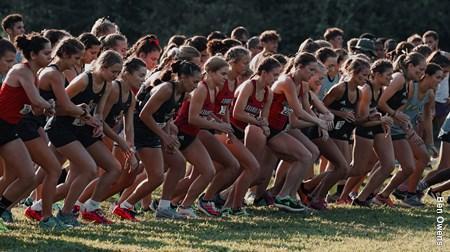 JONESBORO, Ark. (10/27/22) – Championship season is upon the Arkansas State cross country teams, as they get set to defend conference titles at the 2022 Sun Belt Conference Championships, held Friday afternoon at Graham Creek Nature Preserve in Foley, Ala.

Originally slated for Saturday morning, the conference elected to move up the meet to Friday afternoon to avoid forecasted inclement weather in the Foley area on Saturday. The women’s 5K will begin at 4:02 p.m. CT with the men’s 8K to follow at approximately 5 p.m. Both races will air live on ESPN+, with Drew Fellios and Tyler Mayforth on the call. Admission to the championships is free.

A-State swept last season’s championships with 45 points on the women’s side and 32 for the men. It marked the third straight crown for the women’s squad and the first Sun Belt title for the men.

More here:
Cross Country Set for Sun Belt Conference Championships Friday. Article may or may not reflect the views of KLEK 102.5 FM or The Voice of Arkansas Minority Advocacy Council