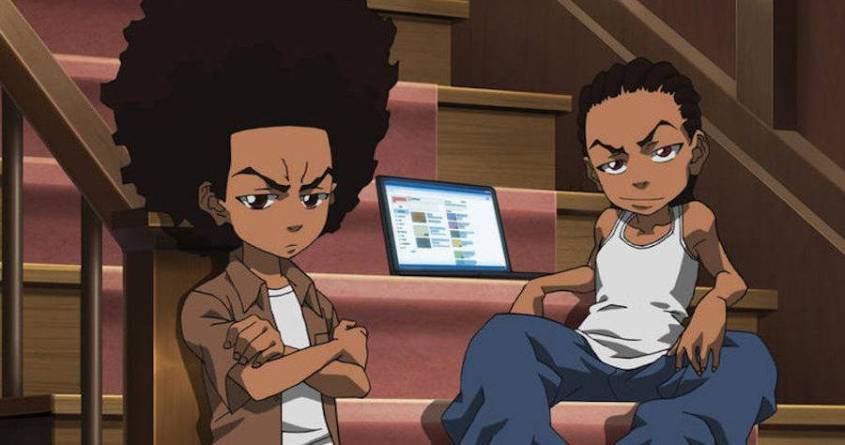 According to thewrap.com, Sony Animation announced today that it will be producing a re-boot of the Aaron McGruder comic-strip-turned-TV-series The Boondocks. The show is coming back with McGruder, who exited after season 3 the first go-round, and it will be a “complete re-imagining” of the show for “the modern era.” The news was announced by Sony at the Annecy International Animated Film Festival.

The Boondocks was a satirical animated series that followed two brothers, Huey and Riley Freeman, as they moved from the inner city to the suburbs known as Woodcrest. Throughout the comic strip and the animated series, The Boondocks blended political and social commentary through a wide range of exaggerated characters from Riley to Uncle Ruckus.

What isn’t known is whether or not the show will return to Adult Swim on the Cartoon Network. Also, it’s not clear whether Academy Award winner Regina King, who voiced both Huey and Riley, will return, though according to blackamericaweb.com, John Witherspoon will reprise his role as Granddad.

Original article source: https://goodblacknews.org/2019/06/12/creator-aaron-mcgruder-and-sony-animation-to-reboot-the-boondocks-tv-series/ | Article may or may not reflect the views of KLEK 102.5 FM or The Voice of Arkansas Minority Advocacy Council