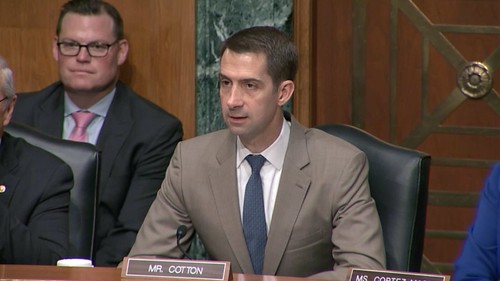 This hearing will come to order. Welcome to the Economic Policy Subcommittee hearing on this important topic of: “Economic Mobility: Is the American Dream in Crisis?” I’d like to thank the Senator Cortez Masto and the witnesses for being here, and also our Banking Committee staff for their help putting this together.

Mr. Oren Cass is a senior fellow at the Manhattan Institute and the author of the 2018 book, The Once and Future Worker: A Vision for the Renewal of Work in America. Mr. Cass was formerly the domestic policy director of Mitt Romney’s presidential campaign in 2012.

Dr. Yuval Levin is a resident scholar at the American Enterprise Institute and the founding editor of National Affairs. Dr. Levin served as a member of the White House domestic policy staff under President George W. Bush.

Mr. Ramesh Ponnuru is a visiting fellow at the American Enterprise Institute, a senior editor for National Review, and a columnist for Bloomberg Opinion.

Ms. Thea Mei Lee is President of the Economic Policy Institute and formerly the chief international economist for the AFL-CIO. She has served on advisory boards for the State Department and the National Bureau of Economic Research.

Mr. Keith Miller is the founder of Franchisee Advocacy Consulting. A Subway franchisee himself since 1988, he served as Director on the North American Association of Subway Franchisees. Thank you all for coming and for your testimony. Your written testimony will be entered into the record.

We’re here to discuss economic mobility and the American Dream. When economists discuss these things, they often think in terms of GDP growth and consumer prices. To exaggerate just a little, they often seem to believe that so long as the economy grows at 3 percent and Americans can afford more cheap plastic stuff from China, that America must doing great. But is that really true?

When I talk to Arkansans, I hear a different story. Most of them don’t dream of extravagant wealth, much less abstract ideas like “economic growth” and “consumer surplus.” They know a life of getting and spending cannot hope to fulfill ones dreams. Instead they dream of a career that pays an honest wage so they can live in a decent neighborhood. They dream of getting married and starting a family. And ultimately, they dream of passing on this standard of living to their children-plus a little bit more. That’s the American Dream I hear, according to the Arkansans that I know.

The question for today is: Is our nation helping Americans achieve this American Dream, or are we failing them?

I have to say, I think in some important ways our nation is failing our fellow citizens. The labyrinth of subsidies, regulations, and misguided priorities constructed by Washington does little to help the large majority of Americans who don’t graduate from college; the “Silent Majority” who work with their hands and on their feet.

Our government doesn’t offer these Americans much beyond occasionally moralizing about their supposed shortcomings: “Go to college,” “abandon your hometown,” or “learn to code.”

What they really need are more viable career paths that don’t involve expensive educations. There are many good-paying, honorable jobs for people without college degrees in this country. But, how do we create more of them? How do we prepare workers so they’re ready for those jobs?

There’s another urgent context for today’s hearing as well: our economic competition with China. For decades, Washington pursued a policy of integration with China. The architects of this policy hoped naively that enriching the Chinese Communist Party would make it more pliable and less communist. Instead, it gave China the means to challenge America around the world-all while decimating the American heartland.

If we want to remain the world’s strongest economy, we’ll need to marshal every citizen, every skill, every talent, at our disposal. We’ll need to recover the vitality, productive abilities, and indeed patriotism that contributed to America’s resounding triumphs in the past century.
If we build a more productive economy, it’ll serve not only our strategic interests as a nation, but the interests of the American people, by helping them achieve the American Dream.

I look forward to your thoughts and to my colleagues’ questions. 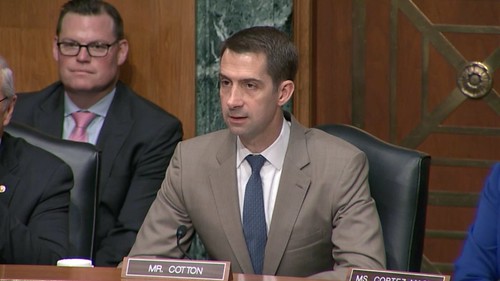 Original article source: http://www.cotton.senate.gov?p=press_release&id=1178 | Article may or may not reflect the views of KLEK 102.5 FM or The Voice of Arkansas Minority Advocacy Council