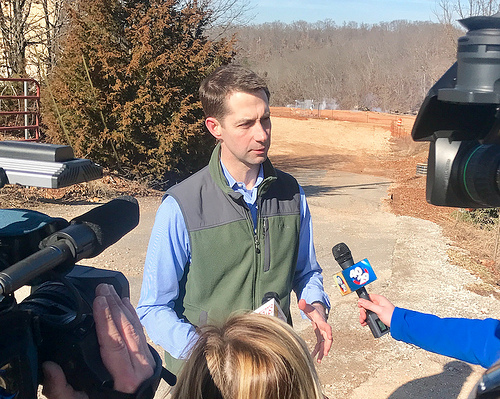 The high price of prescription drugs is one of the problems I hear about most from Arkansans. Most of us have a love-hate relationship with drug companies. On the one hand, we understand that medical researchers have saved or improved the lives of millions of our fellow citizens. We also know that breakthrough drugs can cost billions to develop while costly failures litter the research pipeline. So we understand that drug-makers have earned patent protection on their investments, and that all of us ultimately benefit from the innovation spurred by that protection.

On the other hand, Arkansans can’t stand the legal trickery used by big pharmaceutical companies to game the system for big profits. Take Restasis, for example. In 2017, Allergan transferred the patents for this popular dry-eye medication to the St. Regis Mohawk tribe, along with $13.75 million. Restasis is Allergan’s second-best-selling drug, generating $1.5 billion in sales last year. A month’s prescription can cost more than $600.

This patent transfer didn’t benefit patients or improve Restasis. It only helped Allergan keep its monopoly on dry-eye medicine well beyond the time reasonably needed and lawfully permitted to recoup its investment. As the Restasis patent was about to expire in 2014, Allergan filed a bunch of dubious new patents for the drug. Knowing that patients and pharmacies would sue, Allergan then transferred the patents to the tribe in exchange for exclusive licensing rights. In effect, Allergan was attempting to rent the tribe’s sovereign immunity from federal lawsuits to protect one of its most profitable drugs.

So far, the courts have seen through Allergan’s sovereignty scam, but the drug company and the tribe are asking the Supreme Court to review the case. If Allergan succeeds, it will delay the arrival of generic competitors even longer and cost patients a fortune.

Allergan’s “sale” of Restasis may be an extreme example of patent abuse, but it’s not all that rare. Too many drug companies have become more adept at manipulating patent laws to inflate their profits than they are at inventing new drugs. The result is that the United States spends much more on prescription drugs than other developed countries, despite being the undisputed world leader in pharmaceutical innovation. And virtually all these cost increases come from patent-protected drugs–with the biggest increases coming from older brand-name drugs that have been on the market for years.
Another recent example is the EpiPen. Mylan’s patent on the Epi-Pen–the device itself, not the inexpensive medicine in it–allowed the drug company to raise prices from around $100 to more than $600 per pack. Desperate parents began using expired EpiPens and even do-it-yourself injectors built from YouTube videos before a public outcry forced Mylan to retreat somewhat.

Partly because of such unjustified price hikes, nearly one-third of prescriptions written by a doctor go unfilled, a sign that patients need but cannot afford the drugs they’ve been prescribed. These patients–our fellow citizens–are going without needed medicine, or else rationing the few pills they can afford. This is unacceptable.
It’s time to put patients first by cracking down on drug companies’ anti-competitive practices and increasing competitive pressures in unduly protected corners of the prescription-drug market.

We’ve already taken some steps to end these abuses and lower drug prices. Thanks to legislation I supported in Congress, the FDA has worked to fast-track approval of new generic drugs and devices. The last two years have seen a record surge in approvals–including a generic version of the EpiPen approved last year. Approving more drugs brings down costs by allowing patients to choose between brand-name products and generic alternatives.

The Department of Health and Human Services also aims to link Medicare drug prices to an international pricing index. American researchers are responsible for the most innovative new drugs–why should we subsidize foreigners while forcing our seniors and taxpayers to pay through the nose?

These are encouraging signs, but Congress has more work to do. For starters, we can foreclose legal gimmicks like Allergan’s “sale” of Restasis. I’ve introduced the Preserving Access to Cost Effective Drugs Act (PACED Act), which would prohibit patent-holders from using tribal sovereign immunity as a defense in proceedings before the U.S. Patent Office, the courts, and the International Trade Commission.

The PACED Act is just one part of a larger reform effort to reduce prescription drug prices. Such an effort will include measures to accelerate approval of generic drugs and tear down unfair barriers constructed by drug-makers. I support several other bills that would return power to patients, including the CREATES Act, which would allow generic drug-makers to sue for an injunction if brand-name drug-makers attempt to block or deny lawful generic medicines from entering the market.

Few issues are more urgent than the high cost of prescription drugs. For every moment we delay, our fellow citizens suffer needlessly from illness, debt, and despair. I ask the big drug companies to join in this effort. Their work has saved or improved the lives of countless Americans through research and innovation. That’s a lifesaving record to be proud of, but it’s not a blank check to game the very legal system that makes such innovation possible in the first place. 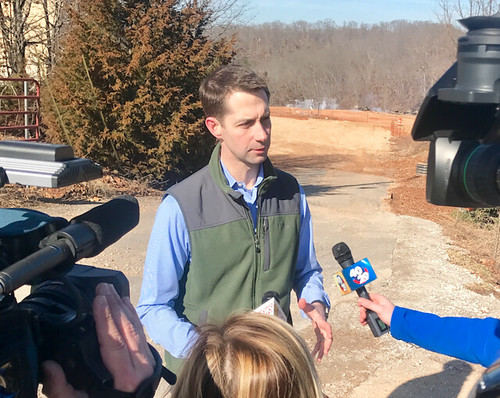 Original article source: http://www.cotton.senate.gov?p=blog&id=1100 | Article may or may not reflect the views of KLEK 102.5 FM or The Voice of Arkansas Minority Advocacy Council