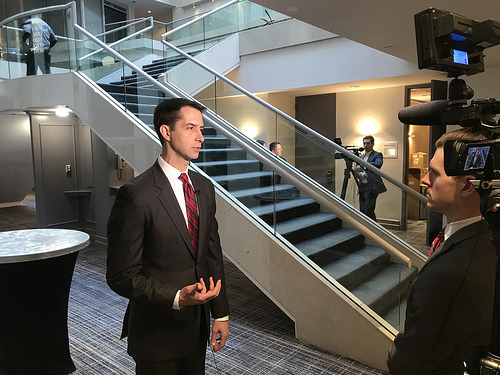 Washington, D.C. – Following the release earlier this year of a Homeland Security and Governmental Affairs Committee majority staff report on how current U.S. immigration laws encourage child marriages, U.S. Senators Tom Cotton (R-Arkansas), Ron Johnson (R-Wisconsin), and Joni Ernst (R-Iowa) introduced legislation to close a loophole in our immigration laws that can be exploited to enable child marriages. The bill prohibits spousal and fiancé immigration benefits if one of the applying parties is under the age of 18.

“Child marriage, almost always between a male adult and a female minor, can rob young girls of their education, personal development, and physical and mental health,” said Senator Cotton. “Unfortunately, U.S. law currently grants immigration benefits to individuals seeking adult-minor unions. Our immigration laws shouldn’t be used to encourage child marriage, and our bill would put an end to this exploitative practice.”

“A visa to enter the United States is a privilege, and this straightforward reform will help close a loophole that can lead to the abuse and exploitation of children,” said Senator Johnson. “I hope my colleagues will join me to advance this commonsense legislation.”

“Child marriage is a serious problem which puts young girls, in particular, at risk,” said Senator Ernst. “With more than 8,600 such marriages granted over a ten-year period, we must address this massive loophole in our immigration system with common sense solutions, and that’s exactly what our legislation does: require both parties be 18 years-old in order to obtain spousal immigration benefits.”

Rep. Jim Sensenbrenner (R-Wisconsin) is the author of the companion version of the bill in the House of Representatives:

“The committee’s eye-opening report shows the gruesome reality that people manipulate our immigration system to enter into child marriages,” said Representative Sensenbrenner. “I’m proud to lead the effort in the House to stop the exploitation of children through our immigration laws and am grateful to Senator Johnson for his work uncovering this disturbing information.”

Key findings from the staff report that spurred this legislation include: 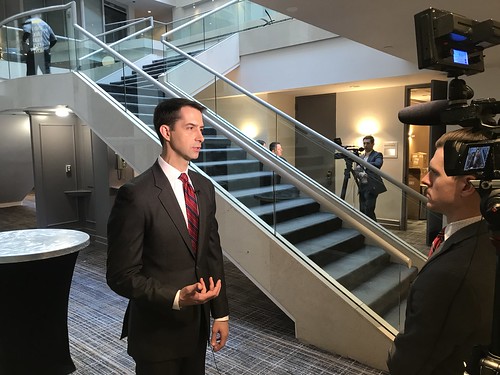 Original article source: http://www.cotton.senate.gov?p=press_release&id=1081 | Article may or may not reflect the views of KLEK 102.5 FM or The Voice of Arkansas Minority Advocacy Council