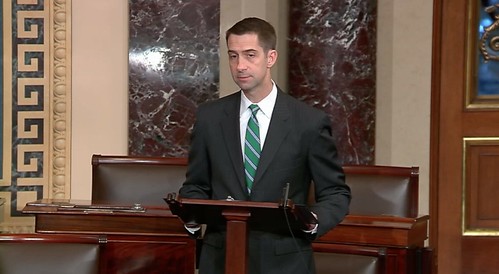 Madam President, I want to call your attention to a story that is tragic but also heartwarming and uplifting.
Honorary Colonel River “Oakley” Nimmo of Camden, Arkansas passed away last month at the age of five after a protracted struggle with his enemy, a rare form of cancer called neuroblastoma.

Oakley’s family remembers him as a “sweet, brave boy” who liked to play with power wheels and toy guns. But for all those who knew him or have learned about him, we’ll remember Oakley for an act of service that perhaps only a child could perform.

Oakley wanted to be an “Army Man” when he grew up. You’d find him at the hospital-even in the advanced stages of his fight with cancer-wearing camouflage fatigues and a helmet, with his trusty rifle by his side and a smile on his face.

Oakley fought his cancer valiantly, going above and beyond the call of duty. He was strengthened along the way by his Arkansas neighbors, who held yard sales and sold bracelets to help the Nimmo family pay for his care. He was also supported by more than 20,000 prayer warriors on a Facebook page entitled “Prayers for Oakley Nimmo.”

But ultimately it was God’s will that Oakley should return home to Him. He passed away on the 20th of June.

In light of Oakley’s heroic struggle-as well as his dream of becoming an “Army Man”-Oakley was named an honorary colonel in the Arkansas National Guard.
In the days leading up to his funeral, his family made a simple request: that veterans and servicemembers show up at the funeral in their uniform to give Oakley a proper send-off.

Word got around, and dozens came. Some traveled from nearby towns. Most had never met this little boy but it didn’t matter, he was a solider like one of them.

Soldiers from the Arkansas National Guard provided funeral honors for Oakley. They presented Oakley’s mother, Shelby, with the flag and a special I.D. tag with his name on it. Oakley was sent off from this world like a true soldier, to the moving tune of TAPS played by a military bugler.

Colonel Nimmo’s tour of duty on this Earth was brief, but he did teach an important lesson to all of us. At times some voices may express doubts about our military, but Oakley reminded us as perhaps only a child could that being an “Army Man”-a brave protector of our nation-is one of the highest honors to which an American can be called.

The veterans and the servicemembers who attended Oakley’s funeral were there to honor him. But in fact it was a double honor, because through his life and dreams, little Oakley honored them in return.

Oakley looked up to our troops in life. Now he looks down on them from above, where he’ll remain in God’s presence and our memory as a brave fighter against cancer, an inspiration-and indeed for all time-an Army Man. 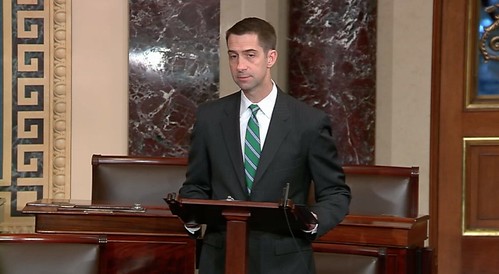 Original article source: http://www.cotton.senate.gov?p=blog&id=1174 | Article may or may not reflect the views of KLEK 102.5 FM or The Voice of Arkansas Minority Advocacy Council