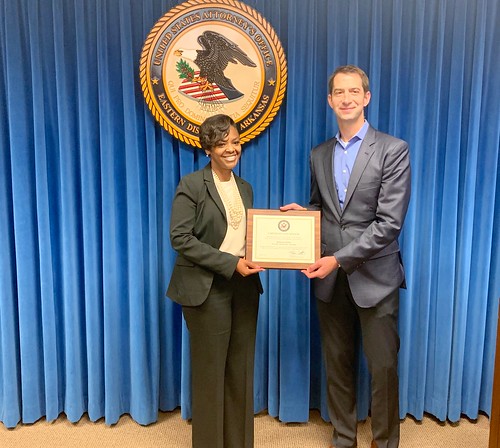 Little Rock, AR – Yesterday, Senator Tom Cotton participated in a ceremony with U.S. Attorney Cody Hiland of the Eastern District of Arkansas to thank state, local, and federal law enforcement officers and prosecutors for their work in reducing violent crime. The officers and prosecutors collaborate on all levels through the U.S. Department of Justice’s Project Safe Neighborhoods (PSN) program, which aims to reduce crime through collaborations that identify and target the most serious offenders in each district for prosecution.

“I’m proud to see so many of our state and federal law enforcement officers and prosecutors working together to reduce violent crime,” said Cotton. “Thanks to the dedication of each of these prosecutors, agents, and officers, Project Safe Neighborhoods prosecutions have skyrocketed in the Eastern District of Arkansas. It is no surprise, then, that gun crimes and shots fired are generally decreasing in the district as a result of that work. There are fewer shootings, fewer robberies, and fewer victims. Arkansans are grateful for this critical work, and I am honored to be able to recognize a few of these outstanding officers and prosecutors.” 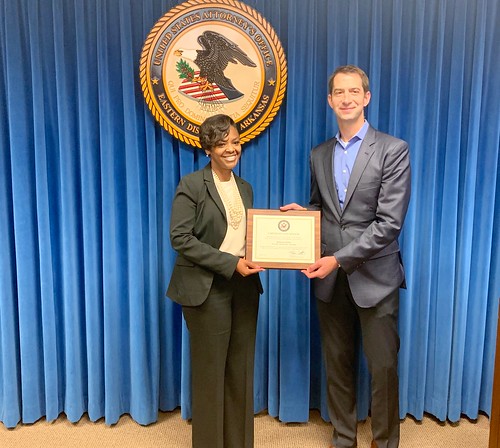 Original article source: http://www.cotton.senate.gov?p=press_release&id=1198 | Article may or may not reflect the views of KLEK 102.5 FM or The Voice of Arkansas Minority Advocacy Council