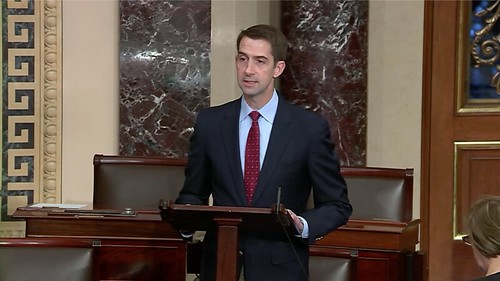 As we speak, the brave people of Hong Kong are demonstrating to protect their freedoms from the Chinese Communist Party in Beijing.

Chinese state TV has portrayed these millions of demonstrators as violent anarchists and separatists.

But these Hong Kongers are merely insisting that China live up to the promises it made to Hong Kong and the United Kingdom-promises China made as binding conditions of the transfer of sovereignty from London to Beijing.

The Chinese government promised that Hong Kong would “enjoy a high degree of autonomy,” including many of the freedoms that Beijing denies to its more than one billion subjects on the mainland.

But as the world has learned through bitter experience, the Chinese Communist Party’s promises are worth less than the paper they’re written on.

Slowly but surely, Beijing has chipped away at the independence it promised Hong Kong-disappearing citizens guilty of wrongthink, undermining Hong Kong’s long-standing political and judicial systems, and issuing menacing threats of military intervention to crush the demonstrations.

Most Americans are rightly outraged by China’s brutal crackdown in Hong Kong. Daryl Morey was one of them. He’s the general manager of the Houston Rockets. Just a few days ago, he tweeted this simple, justified phrase: “Fight for freedom, stand with Hong Kong.”

Morey probably knew his words would offend the Chinese Communist Party. But he was also violating a different party line-that of his own league, the NBA.

For daring to speak up about Hong Kong, Morey was disavowed by his team, his fellow executives, and some of the most famous athletes in the NBA. That’s because he was threatening not only the powers that be in China, but the cash cow that China represents for American business, including professional basketball.

China’s government may be red, but its money is green-and plenty of people are willing to cash its checks, no matter the cost.

The league’s biggest star, LeBron James, said that Morey’s support for Hong Kong was “misinformed” and “not educated.” He reportedly called for Morey to be punished. Perhaps it’s no coincidence that LeBron stands to make billions of dollars from the Chinese market-not only from a higher salary cap, shoe sales, and Nike ads, but also from his movie company.

Joe Tsai, owner of the Brooklyn Nets, called the protests in Hong Kong a “separatist movement” that was trying to “carve up Chinese territories,” like colonial powers or Imperial Japan. Perhaps it’s no coincidence that Mr. Tsai is an executive at Alibaba, a Chinese company that developed a Communist propaganda app that hijacked the cellphones of anyone who downloaded it.

At a Wizards game last week, security confiscated a protest sign that said simply, “Google Uighurs”-referring to the native people of western China whose culture and religion are being exterminated by the Chinese Communist Party. That sign was confiscated not in China, by the secret police, but right here in America’s national capital.

Steve Kerr, the head coach of the Golden State Warriors, drew a moral equivalence between Communist China and the United States of America. “None of us are perfect,” he said, “and we all have different issues we need to get to.”

Nobody’s perfect. That’s what he says of an authoritarian regime that starved, shot, or beat to death 50 million of its own people in a forced march to modernity. A regime that runs a network of concentration camps in its western provinces and harvests the organs of political prisoners for its own pampered elite. “Nobody’s perfect,” indeed.

This is craven and greedy behavior, and it stands in stark contrast to how America has historically used sports to promote our interests and aspirations, from the triumph of black Olympians in Hitler’s Germany to the Miracle on Ice against the Soviet Union. Even our diplomatic opening to China happened through sports, with “Ping-Pong diplomacy.”

Today, the tables have turned. China is using sports to export its authoritarian model to our soil. So far, it has found too many willing enforcers in the NBA.

But it doesn’t have to be this way. Commissioner Adam Silver, after a slow start, admirably defended Daryl Morey’s right to speak his mind about Hong Kong. He said free expression is “what you guys stand for.”

American companies kowtow to China not because they love its government but because of the tremendous pressure that government can exert on their operations. But the NBA is in a unique position.

Beijing can ban an airline or it can ban a hotel that lists Taiwan as a country in its online dropdown menu-and the Chinese people can use a different airline or hotel. But there’s only one NBA. Beijing can’t create another one.

And here’s the rub. There are more than 500 million basketball fans in China. More people in China follow the NBA than there are people in the United States.

So no doubt Beijing has some leverage over the NBA, as it does over all businesses-but the NBA has a lot of leverage over Beijing.

Is the NBA really going to ban the entire league, as they’ve done for the Houston Rockets, at the risk of alienating over 500 million people who follow the league-and the resultant public backlash that could create?

So instead of acting as a bullhorn for communist propaganda in America, the NBA could be a beacon of freedom to China. It could dare China to shut them out.

So let me urge all the NBA executives and athletes who claim to care about “social justice”: Don’t just speak out when the stakes are low for you personally, or when the cause is popular among your friends. Speak out now, when the stakes are deadly high for millions of Hong Kongers and more than a billion Chinese-including many of your fans.

LeBron James, you tweeted not long ago that “Injustice anywhere is a threat to justice everywhere.” Live out that principle consistently. There are a million Uighurs in concentration camps yearning to hear a champion who speaks out on their behalf-particularly because the NBA runs an elite training facility in proximity to those camps.

Steve Kerr, you’ve never held back on expressing your opinion about our president. That’s fine. That’s your right as an American. But how about some outrage for the authoritarian regime in Beijing?

Joe Tsai, you were born in Taiwan. Your fellow Taiwanese live in constant fear of meddling, attack, and subjugation by the mainland. Are they separatists, for wanting to maintain their way of life? Speak out proudly on behalf of your homeland about the true nature of the government in Beijing.

I realize this is a hard thing to ask any person. No doubt this is a harder path than the path many in the NBA is traveling at present. It would require sacrifice, and it would certainly invite the wrath of the Chinese Communist Party. But if the league used its unique leverage for freedom, millions of ordinary Chinese would surely notice, despite an army of Chinese Communist censors arrayed against them.

The NBA didn’t pick this fight. It probably prefers to avoid this fight. But the Chinese Communist Party wants this fight. So the choice isn’t to fight or not, it’s to win or lose.

Perhaps alone among American businesses, the NBA has a shot to win against Beijing. In any fight against communists, there can be only one strategy, one policy: Victory. 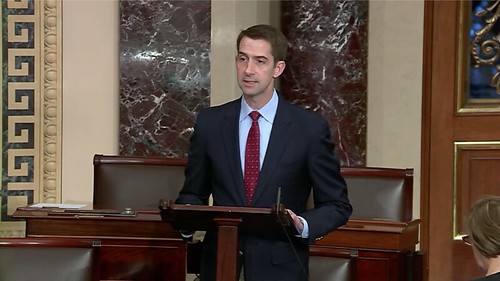 Original article source: http://www.cotton.senate.gov?p=blog&id=1234 | Article may or may not reflect the views of KLEK 102.5 FM or The Voice of Arkansas Minority Advocacy Council