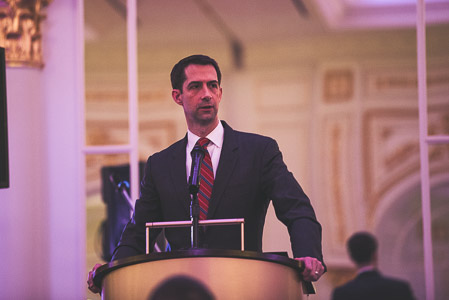 WASHINGTON, D.C. – Senator Tom Cotton (R-Arkansas) along with Senators Marsha Blackburn (R-Tennessee), Kevin Cramer (R-North Dakota), Chuck Grassley (R-Iowa), and Thom Tillis (R-North Carolina) today introduced Singh’s Law, legislation that would bar aliens associated with a criminal gang and convicted of a crime from entering the United States. Aliens with gang associations also would be disqualified from receiving asylum, temporary protected status, special immigrant juvenile visas, and other forms of relief from removal. Additionally, the bill would grant the Secretary of Homeland Security the authority to designate criminal gangs under the Immigration and Nationality Act and create a $200 million federal grant to law-enforcement agencies to combat criminal gangs.

The bill is named in honor of Corporal Ronil Singh, a police officer in Newman, California who was killed on December 26, 2018. An illegal immigrant with known gang affiliations and two prior DUI arrests has been charged with murdering Corporal Singh. Several illegal immigrants have been charged with helping Corporal Singh’s alleged killer try to flee the country. Singh’s Law provides U.S. law-enforcement agencies with additional tools to combat criminal gangs operating in the United States and ensures that illegal aliens with gang ties and prior criminal convictions are promptly removed from the country.

“No family should have to go through this. This law would protect other families from having to suffer the pain that we have endured,” said Reggie Singh, brother of Corporal Ronil Singh.

“Corporal Ronil Singh immigrated to America legally, started a family, and ultimately gave his life in the line of duty as a law-enforcement officer. Corporal Singh was the embodiment of the American dream. He was shot dead the day after Christmas by an illegal-alien gang member, leaving behind his wife and five-month-old son. Corporal Singh is dead because we failed to secure our border and enforce our immigration laws. This bill is our attempt to honor Corporal Singh’s vast sacrifice and ensure our communities are better protected from illegal-alien gang members,” said Cotton.

“Our immigration system should include laws that prevent people who represent a risk to public safety-such as those with criminal records and dangerous backgrounds-from entering the country. This bill helps ensure DHS has the necessary authority, and law enforcement has the necessary funds, to keep our country safe,” said Cramer.

“The tragedy that befell Corporal Singh reminds us all of the price that American families pay for unchecked illegal immigration and inexcusable loopholes in the law. Corporal Singh came to this country legally to pursue a career in law enforcement and protect his community. By contrast, his killer came to this country illegally, exploiting border weaknesses, and committed the most heinous offense of murder. This bill, which includes language that I’ve authored in previous Congresses, would address a glaring loophole in the law and ensure that any convicted foreign national with gang membership or affiliation is swiftly deported,” said Grassley.

“We cannot allow illegal immigrants with known gang affiliations to stay in the U.S. or receive asylum,” said Tillis. “This much-needed legislation will provide law enforcement with more tools and resources to combat criminal gangs and help keep our communities safe. I will work with my colleagues to pass this legislation in honor of Cpl. Ronil Singh and his family.” 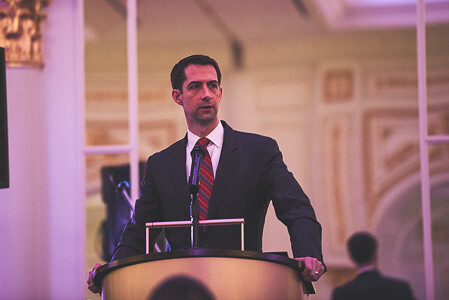 Original article source: http://www.cotton.senate.gov?p=press_release&id=1072 | Article may or may not reflect the views of KLEK 102.5 FM or The Voice of Arkansas Minority Advocacy Council