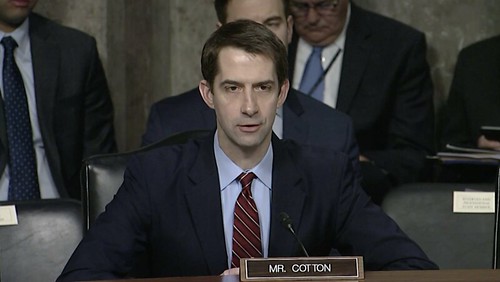 “The Chinese People’s Liberation Army is being armed with help from American colleges and tech companies. Keeping PLA scientists out of our research laboratories is a basic act of self-defense. It’s stunning that this practice isn’t already prohibited,” said Cotton.

“Student and research visas ought to be reserved for those foreign nationals who want to contribute to our universities and research institutions, not for our foreign adversaries and spies that wish to do us harm. China has taken advantage of us for too long,” said Grassley.

“I am proud to join my colleagues in introducing the PLA Visa Security Act,” said Cruz. “America must be vigilant in protecting the research, training, expertise, and innovation that the Chinese Communist Party has been stealing and exploiting for military and industrial purposes. I am hopeful my colleagues will move swiftly to pass this bill to safeguard America’s national security.”

“We cannot allow Chinese military institutions to obtain visas that give them a technological advantage,” said Blackburn. “Permitting PLA members to access and research dual-use technologies in our universities and labs is damaging to our national security. We can no longer provide them access to the same research opportunities afforded to Americans.”

“For too long, China’s communist government has been exploiting our student visa system to spy on our universities and steal our technology. This bill will keep the Chinese military away from critical research on our college campuses and curb China’s economic espionage activities in the United States,” said Hawley.

“In recent years, the PLA has sponsored thousands of scientists and engineers to conduct sensitive research abroad, including in the United States,” said Gallagher. “The PLA openly admits that it leverages these efforts to support the development of new military technologies, and we can’t ignore the threat this poses to our national security. I am proud to introduce this legislation alongside Senator Cotton and I look forward to working with my colleagues to ensure that American innovation benefits the American military–and not our adversaries.”

“This is a common-sense bill that will help ensure China’s military arm is not collaborating with U.S. universities and researchers on sensitive information. Many of these individuals often mask their PLA and Chinese Communist Parties ties allowing them to work at top universities without the schools’ knowledge of their military affiliation. This legislation takes an important step to protect our universities from China’s efforts to exploit our free and open society,” said Hartzler.

Chinese military scientists continue to research advanced dual-use technology in the United States and other western countries. According to some estimates, over the past decade, the People’s Liberation Army has sent more than 2,500 military engineers and scientists to study abroad. At times, these scientists have not disclosed their connection to the Chinese military. 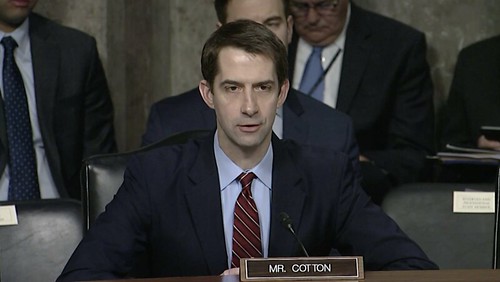 Original article source: http://www.cotton.senate.gov?p=press_release&id=1122 | Article may or may not reflect the views of KLEK 102.5 FM or The Voice of Arkansas Minority Advocacy Council