Cotton, Blumenthal, Wenstrup, and Beyer Introduce Legislation to Honor Centennial of the Tomb of the Unknown Soldier at Arlington National Cemetery
0 Comments 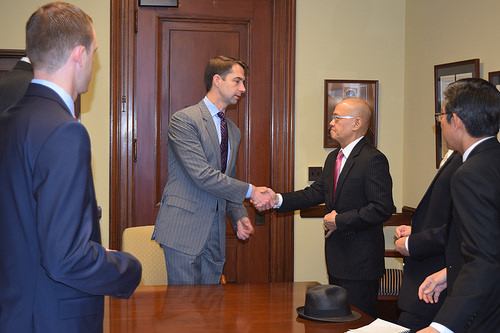 Washington, D.C. – Today, Senator Tom Cotton (R-Arkansas) along with Senator Richard Blumenthal (D-Connecticut) introduced the Tomb of the Unknown Soldier Centennial Commemorative Coin Act, which would direct the Secretary of the Treasury to mint commemorative coins in recognition of the Tomb of the Unknown Soldier’s upcoming centennial in 2021. Congressmen Brad Wenstrup (R-Ohio) and Don Beyer (D-Virginia) introduced companion legislation in the House of Representatives.

“A few months after the World War I Unknown was laid to rest, the commander of the Military District of Washington declined a request to post a sentry at the Tomb of the Unknown Soldier, saying that visitors to Washington ‘can reach the distantly located tomb only with great difficulty’ and predicting that the Tomb ‘is not and never will be visited by the thousands of visitors as is done in England, France, and Italy.’ Yet one hundred years later, more than four million people pass through the gates of Arlington National Cemetery each year, and most will visit the Tomb to observe the Changing of the Guard. Americans venerate the Tomb and its Sentinels as a shrine to all the brave men and women who have served in our Armed Forces, and especially those who laid down their lives so that we could live in freedom. This commemorative coin will be a fitting tribute to those heroes and to the Sentinels who have guarded our Tomb for 82 years,” said Senator Cotton.

“I am proud to be an original cosponsor of this important legislation to honor and memorialize our nation’s unknown servicemembers, who paid the ultimate sacrifice. This commemorative coin will honor the centennial anniversary of the dedication of the Tomb of the Unknown Soldier. This solemn tomb is held in the highest regard by our nation-guarded 24 hours a day, 365 days a year, no matter the weather,” said Senator Blumenthal.

“Since the first burial in 1921, the Tomb of the Unknown Soldier has been a powerful symbol in American history. This commemorative coin will honor the storied legacy of the nameless Americans who made the ultimate sacrifice for our nation. So long as the Sentinels remain on patrol, the memory of our unknown war dead will never pass from the hearts of the American people,” said Congressman Brad Wenstrup.

“Our bipartisan bill would honor American servicemembers who gave the ‘last full measure of devotion’ to their country,” said Congressman Don Beyer. “It would also help Americans learn more about the sacrifices of those brave souls interred in Arlington and elsewhere, as we approach the centennial of the Tomb of the Unknown Soldier in Arlington National Cemetery. I applaud my colleagues for working together across party lines on this cause which all Americans support.”

Background:
The Tomb of the Unknown Soldier is a memorial site at Arlington National Cemetery approved by Congress on March 4, 1921 to honor the unknown soldiers who died in World War I. Inscribed on the back of the Tomb are the words “Here rests in honored glory an American soldier known but to God.” Today, the site also honors unknown soldiers from World War II, Korea, and Vietnam.

The Tomb of the Unknown Soldier is guarded 24 hours a day, 365 days a year, and in any weather by Tomb Guard Sentinels. The Sentinels, all volunteers, are considered to be the best of the elite 3d U.S. Infantry Regiment (The Old Guard), headquartered at Fort Meyer, Virginia.

Proceeds from the sale of the commemorative coins would benefit the National World War I Museum and Memorial for the purposes of assisting in commemorating the centennial. The minting of such coins will not result in any net cost to the United States government. 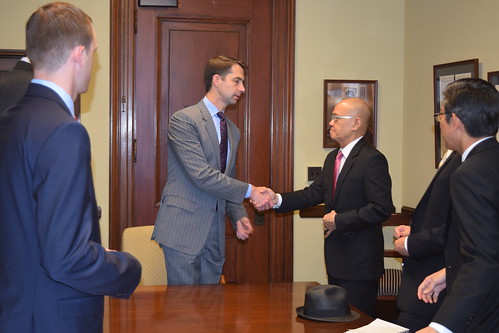 Original article source: http://www.cotton.senate.gov?p=press_release&id=987 | Article may or may not reflect the views of KLEK 102.5 FM or The Voice of Arkansas Minority Advocacy Council