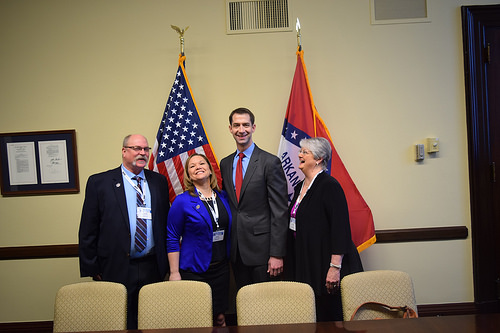 Washington, D.C. – Senators Tom Cotton (R-Arkansas), Richard Blumenthal (D-Connecticut), Dick Durbin (D-Illinois), and Chuck Grassley (R-Iowa) wrote Secretary of Homeland Security Kirstjen Nielsen and Secretary of Labor Alexander Acosta to express their concern regarding a major increase in the number of H-2B temporary nonagricultural visas issued without “improving protections for American workers and visa holders and increasing enforcement of wage and workplace safety laws.” Last week, the Departments of Labor and Homeland Security finalized the approval of an additional 15,000 H-2B visas through the end of the fiscal year – a nearly twenty-five percent increase in the number of visas issued through this program.

Although there has been job growth in the industries that typically rely on H-2B visas, wages for those jobs have stagnated or even declined. Workers who come to the United States under the H-2B visa program are also particularly vulnerable to recruitment and workplace abuse, human trafficking, and debt bondage.

“Increases in the number of H-2B visas without strengthening worker protections and enforcement of labor and employment law will only exacerbate these problems,” the Senators wrote. “We are counting on you to help us protect American workers.”

The full text of the letter is available here and copied below.

We are writing to express our concern over the Department of Homeland Security’s decision last week to provide an additional 15,000 H-2B temporary nonagricultural visas without improving protections for American workers and visa holders and increasing enforcement of wage and workplace safety laws.

We understand and sympathize with the needs of employers who rely on seasonal H-2B workers when the U.S. workforce cannot meet the labor demand, but without careful management the H-2B program can put all workers at risk. H-2B workers are particularly vulnerable to recruitment and workplace abuses, as well as human trafficking and debt bondage. H-2B workers who are brought to the United States lack access to justice and effective protections against retaliation and abuse.

Moreover, studies show that wages for U.S. workers have stagnated, and there has been a significant “long-term decline in the labor force participation rate” for U.S. workers in H-2B fields. In one recent study, employers using H-2B workers were found to undercut the wages of similarly employed U.S. workers by nearly twenty-five percent. In short, a large body of evidence suggests that increasing reliance on the H-2B program as currently structured reduces wages, pushes U.S. workers out of jobs, and may, in some cases, discourage them from ever applying again.

Increases in the number of H-2B visas without strengthening worker protections and enforcement of labor and employment law will only exacerbate these problems.

Given our concerns with the H-2B program, we request that you provide a detailed written report to the Senate Judiciary Committee describing how and why you arrived at your decision to provide an additional 15,000 H-2B temporary nonagricultural worker visas.

We are counting on you to help us protect American workers. Thank you in advance for your cooperation with this request. If you have questions, please contact Sam Simon at [email protected] or (202) 224-6724, or Brad Watts with Senator Grassley at (202-224-5225). 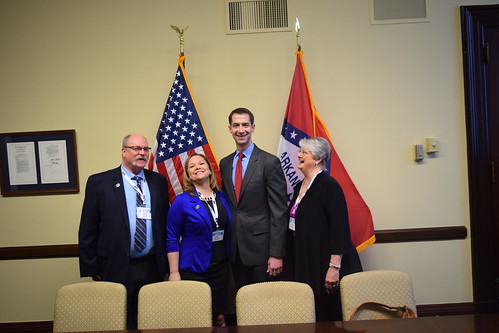 Original article source: http://www.cotton.senate.gov?p=press_release&id=957 | Article may or may not reflect the views of KLEK 102.5 FM or The Voice of Arkansas Minority Advocacy Council