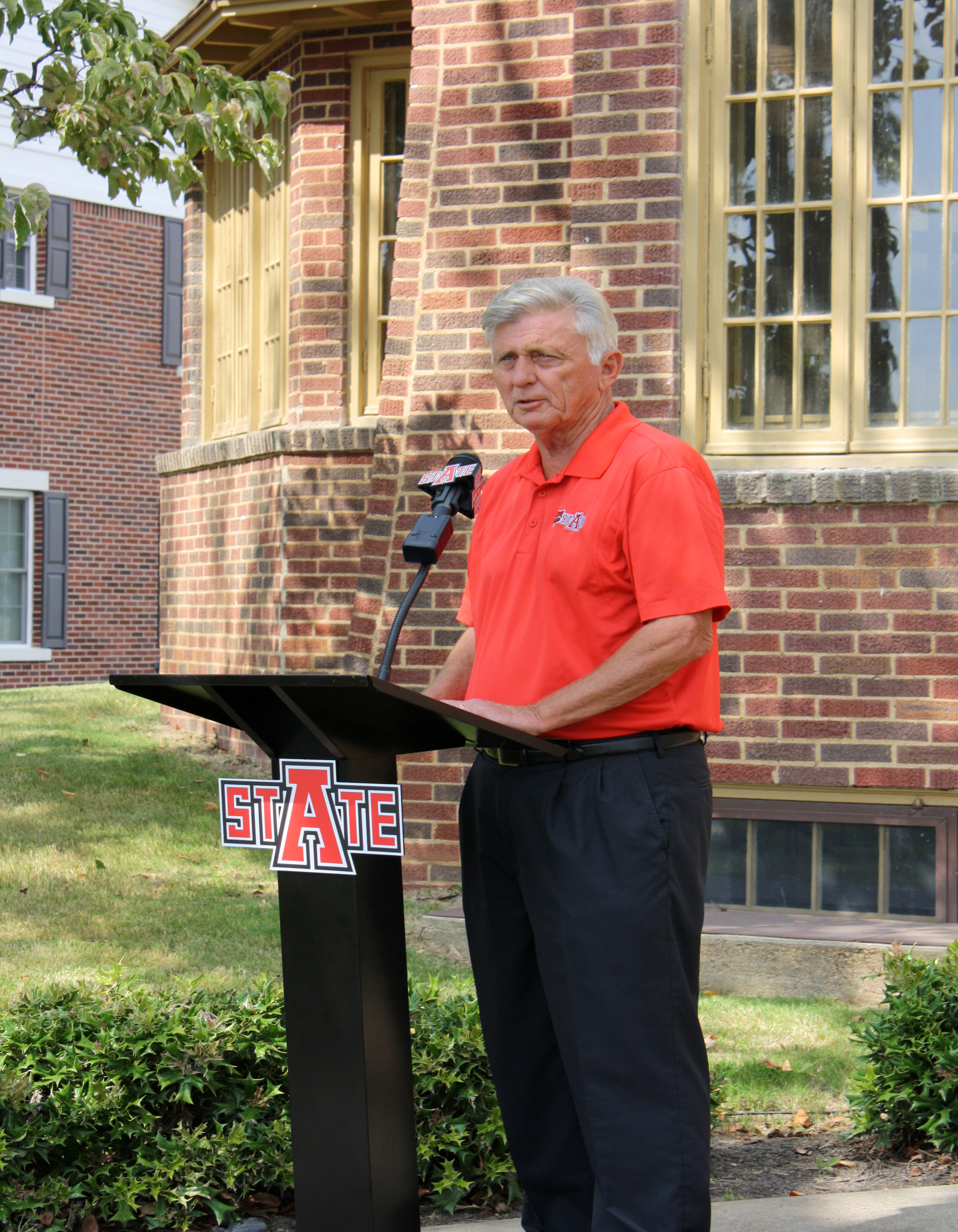 JONESBORO – Patriotic song performances, focus group discussions, a demonstration by the Moot Court team and a keynote address by former Arkansas Governor Mike Beebe are just a few of the activities featured during the 14thannual Constitution Day at Arkansas State University, Monday, Sept. 17.

The event runs from 9:30 a.m.-2:15 p.m. in Centennial Hall of the Carl R. Reng Student Union, third floor. Constitution Day is sponsored by The College of Liberal Arts and Communication and the Department of Political Science in partnership with the Office of Academic Affairs and Research. Students, faculty and area high school guests are invited to attend.

Following the lunch break, Beebe will present the keynote address at 12:45 p.m. in the Student Union Auditorium. Beebe, a 1968 A-State alumnus, also is a former member of the institution’s Board of Trustees.

Dean of the College of Liberal Arts and Communication Dr. Carl Cates and Chairman of the Department of Political Science Dr. William McLean will provide welcome remarks. The A-State Concert Choir, under the direction of Cherie Collins and Bethania Hankins with accompaniment by Brian Henkelmann, will perform patriotic songs.

Events from 10-10:50 a.m. and 11-11:50 a.m. get underway in the Student Union Auditorium with “Public Service and Local Government.” This panel examines what it is like to work in public service, the challenges that are present and how leadership can produce lasting change.

Following is “Constitution Jeopardy” in the Pine Tree Room, a fun and interactive assessment of what citizens know about U.S. government and the Constitution. This session, conducted in the Jeopardy game show format, will allow students to compete for prizes.

“Know Your Rights” is located in the Spring River Room. If America is to be the land of the free and prosperous, it is important that future generations learn, understand and appreciate the freedoms they have, as there are always forces at work to undermine those freedoms. That is why it is important for students to know their rights and how to stand up for them—both in the face of direct attacks and in broad terms while engaging in the civic process through volunteering, voting and grassroots action. This panel will help understand an individual’s rights outlined in the Constitution.

The A-State Moot Court team will present oral arguments in the case of “Andre Sommerville v. Olympus State University Olympus” in the Mockingbird Room. Andrea Sommerville, a part-time instructor at Olympus State University (OSU) applied for admission to the OSU School of Law in 2017. Her application was denied under the Law School’s admissions policy that gives preferential weight to male applicants. The Law School instituted this policy because it has experienced difficulty recruiting male students, and its declining ratio of male to female students may negatively affect its national ranking as a Tier One law school.

Sommerville filed suit in federal District Court claiming the policy violated her right to equal protection of the law under the 14th Amendment. After she was denied admission, Sommerville complained publicly about the admissions policy, spoke at conferences and public events, and also spoke about the policy in her classroom at OSU. She claims that OSU violated her First Amendment rights when it fired her because she complained about the admissions policy.

The District Court found that the Law School’s policy met constitutional scrutiny and that Sommerville’s speech was not protected by the First Amendment because it occurred in the course of her official duties as a lecturer at OSU. The Circuit Court of Appeals affirmed, and Sommerville appealed to the Supreme Court of the United States.

Original article source: http://www.astate.edu/news/constitution-day-observance-set-for-monday | Article may or may not reflect the views of KLEK 102.5 FM or The Voice of Arkansas Minority Advocacy Council