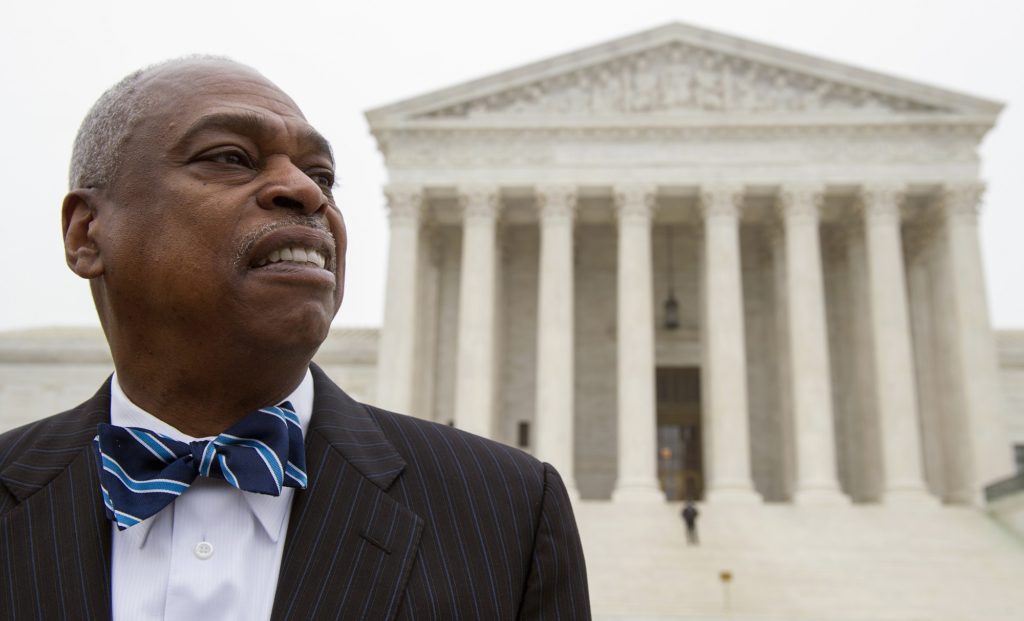 FILE – In this Wednesday, Dec. 9, 2015, file photo, Wade Henderson, president of the Leadership Conference on Civil and Human Rights, waits outside the Supreme Court in Washington as the court heard oral arguments in the Fisher v. University of Texas at Austin affirmative action case. The nation’s largest civil rights groups said it will closely monitor President-elect Donald Trump and his incoming administration’s policies and actions to ensure that hard-fought civil rights gains are not lost without a protracted fight. “We will not accept proposals to roll back civil rights … not on our watch,” Henderson, president of Leadership Conference on Civil and Human Rights, said Monday, Nov. 14, 2016. (AP Photo/Cliff Owen, File)

Original article source: http://aurn.com/congressional-black-caucus-naacp-focus-on-midterms-supreme-court/ | Article may or may not reflect the views of KLEK 102.5 FM or The Voice of Arkansas Minority Advocacy Council