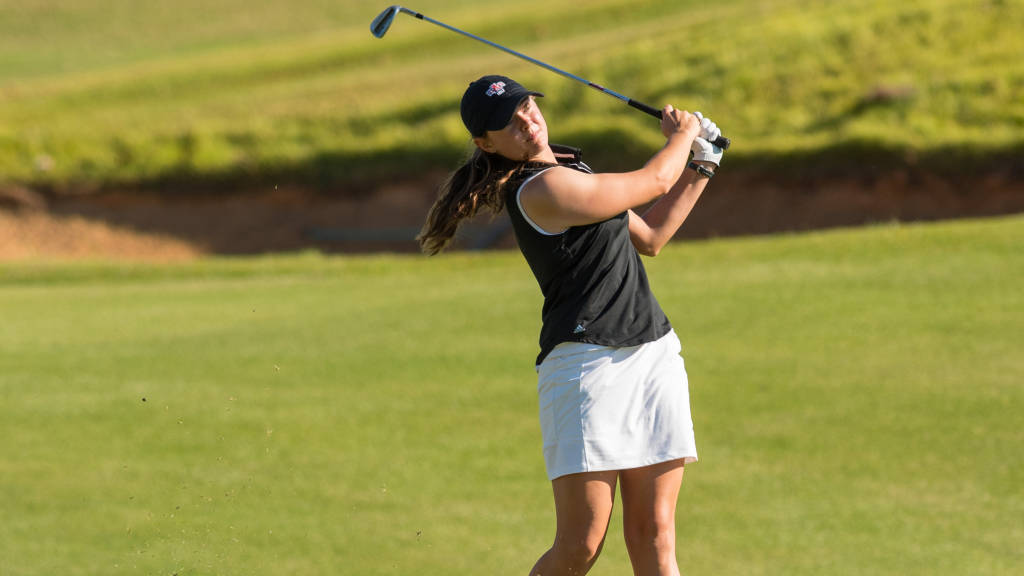 Playing their final tournament before the Sun Belt Conference Championships, the Red Wolves posted a combined 906 that left them tied with Missouri State and only one stroke behind eighth-place Central Arkansas.   Tournament champion Penn State shot an 854, while Middle Tennessee took runner-up honors with an 859.

A-State opened play Monday with a 305 before cutting five strokes off that total in the second round to put it in a tie for eighth place.  The squad came back today to record a 301 as it slipped one spot in the final standings.

Compton shot a 224 (78-75-71) and finished in 23rd place to lead the Red Wolves.  Her total included a season-best 71 for the final round as she put together her third top-25 showing over the last three tournaments.

Recording her best three-round score of the season, Atristain Vega shot a 226 (79-73-74) and placed tied for 25th.  She carded a second-round 73 that tied her season low, helping her pick up her second straight top-25 finish.

Original article source: http://www.astateredwolves.com//ViewArticle.dbml?DB_OEM_ID=7200&ATCLID=211798279 | Article may or may not reflect the views of KLEK 102.5 FM or The Voice of Arkansas Minority Advocacy Council