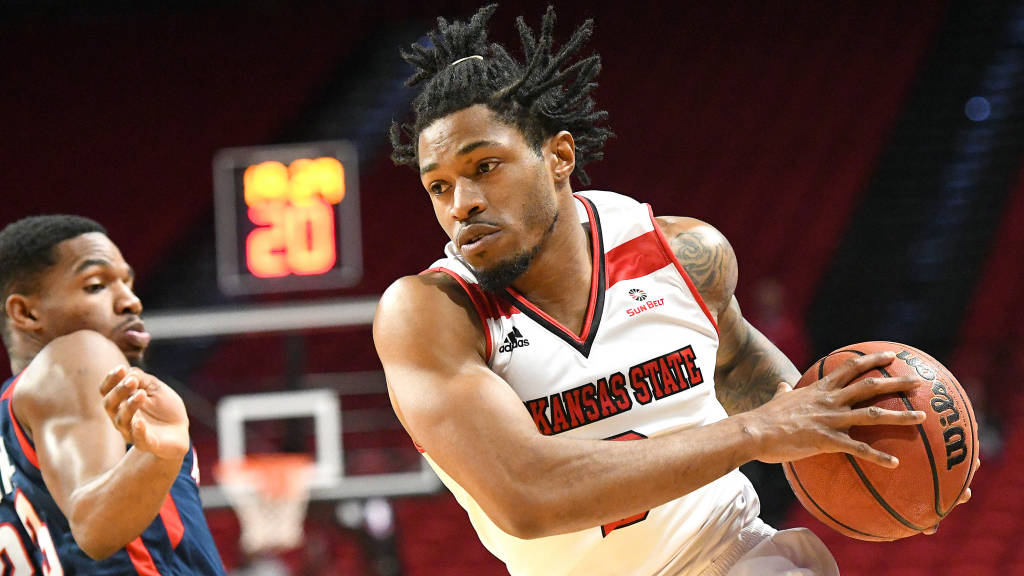 Cockfield carried A-State to a double-overtime win over Florida Atlantic Friday night. He poured in a season-high 34 points, tied for the highest scoring total by a SBC athlete this season. He knocked down 14-of-15 at the charity stripe, including 5-of-6 in the second overtime to help A-State move to 3-0 on the home floor this year. The 34-point outing saw him secure his fourth career 30-point scoring performance, second this season, while also having 20-plus points in six-straight games. His six-straight 20-point outings are the most since J.J. Montgomery had seven-straight during the 2003-04 season.

A-State hosts Missouri State Tuesday at First National Bank Arena. Tip-off is scheduled for 7:00 p.m.  For the latest on A-State men’s basketball, follow the Red Wolves on Twitter @AStateMB, at Facebook.com/AStateMB and on Instagram at ‘AStateMB’.

Original article source: http://www.astateredwolves.com//ViewArticle.dbml?DB_OEM_ID=7200&ATCLID=211784005 | Article may or may not reflect the views of KLEK 102.5 FM or The Voice of Arkansas Minority Advocacy Council