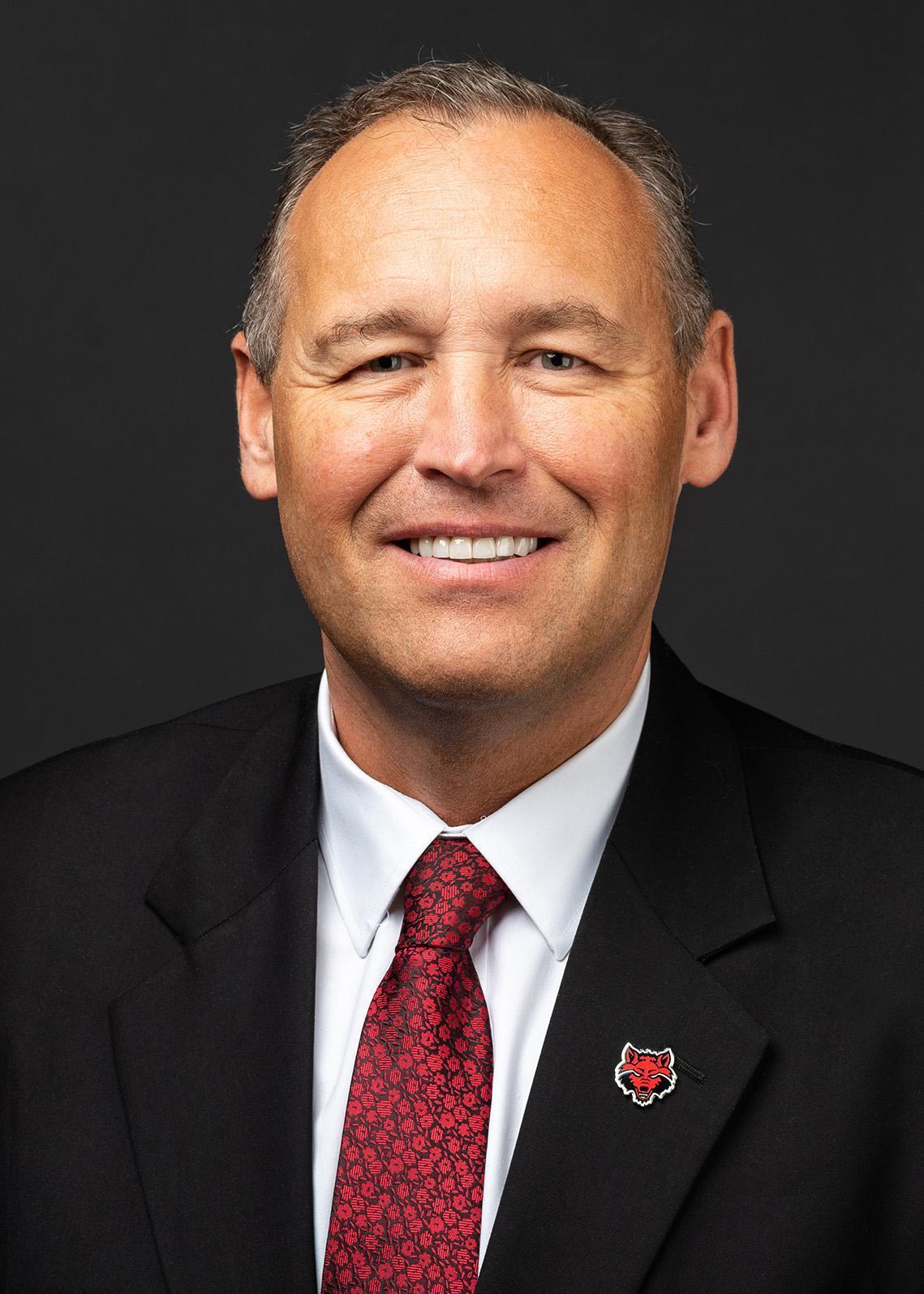 JONESBORO – Sun Belt Commissioner Keith Gill announced Tuesday that Arkansas State University Chancellor Kelly Damphousse was unanimously elected to serve a two-year term as the President of the Sun Belt Conference at the close of the league’s annual meeting in New Orleans. Effective July 1, Damphousse’s duties as the SBC President also include serving as chair of the Conference’s Executive Committee.

“I am grateful for the trust placed in me by my fellow Sun Belt Conference CEOs, and I look forward to serving them as President for the next two years. It is also a tremendous honor to represent the Sun Belt in a leadership role at the NCAA,” Damphousse said. “The NCAA faces tremendous challenges, and its members will play a vital role in forging the future of Division I intercollegiate athletics. It is an honor to serve alongside esteemed colleagues from around the country on this important board.”

“Not only is Kelly Damphousse a nationally-recognized and respected campus leader, his appointment to this prestigious position by the Sun Belt Conference CEO’s is also a testament to his remarkable engagement and support with important athletics initiatives here at Arkansas State, within our league and across the country,” vice chancellor for intercollegiate athletics Tom Bowen said.  “We are proud to have him serving in this role to help advance the Sun Belt Conference, knowing his continued guidance and counsel will be invaluable.”

With the NCAA appointment, Damphousse joins a 24-person board composed of 20 university presidents and chancellors (representing the 10 Football Bowl Subdivision conferences and 10 from the remaining other Division I conferences), along with a student-athlete, an Athletics Director, a Senior Woman Administrator, and a Faculty Athletics Representative. Reporting to the NCAA Board of Governors, the Division I Board of Directors provides strategic direction for the Division I collegiate model. The NCAA Board of Directors provides oversight for the Division I Council, the Committee on Infractions, the Infractions Appeals Committee, the Presidential Forum, the Committee on Academics, its Finance Committee and its Infractions Process Committee.

Damphousse brings a strong background in the academic leadership of intercollegiate athletics, having served for five years as the NCAA Faculty Athletics Representative while at the University of Oklahoma, and the last two years as Vice President of the Sun Belt Conference.   He is the first A-State campus CEO to serve as the leader of the SBC executive committee since Les Wyatt in the early 2000s.

Original article source: http://www.astate.edu/news/chancellor-damphousse-elected-president-of-sun-belt-conference | Article may or may not reflect the views of KLEK 102.5 FM or The Voice of Arkansas Minority Advocacy Council