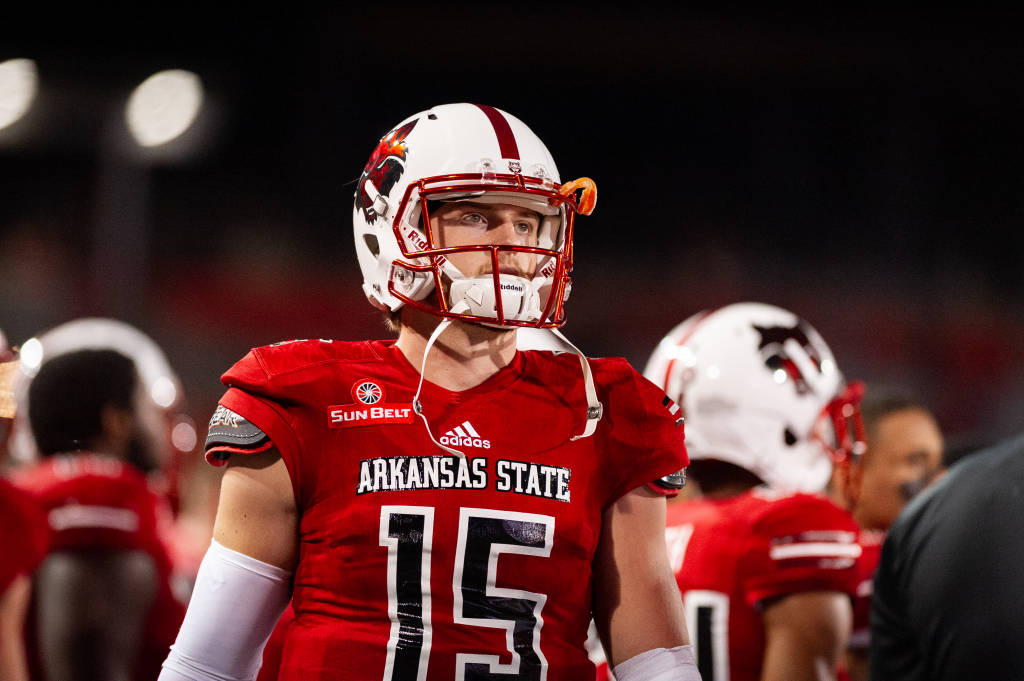 His touchdown score on his second recovery gave A-State a 34-7 lead they took into halftime. Two of Chambers’ seven tackles, which were the second most on the team, also came on fourth-down plays that ended Georgia State drives. The Gordon, Ga., native now has four career fumble recoveries to his credit, while his 45 tackles this season are the third most on the squad.

Hansen was responsible for five touchdowns and 333 yards total offense while also breaking the Arkansas State school record for career passing touchdowns. The Edmond, Okla., native completed three touchdown passes, running his career total to 70 that gave him the sixth most in Sun Belt Conference history. Hansen, who completed 17-of-28 passes without an interception, passed for 257 yards and added 76 yards and a pair of touchdowns on the ground.

Arkansas State returns to the field for an SBC road matchup at Louisiana on Saturday, Oct. 27. Kickoff from Lafayette, La., is set for 6 p.m. and the game will be aired on ESPN+.

Original article source: http://www.astateredwolves.com//ViewArticle.dbml?DB_OEM_ID=7200&ATCLID=211777002 | Article may or may not reflect the views of KLEK 102.5 FM or The Voice of Arkansas Minority Advocacy Council