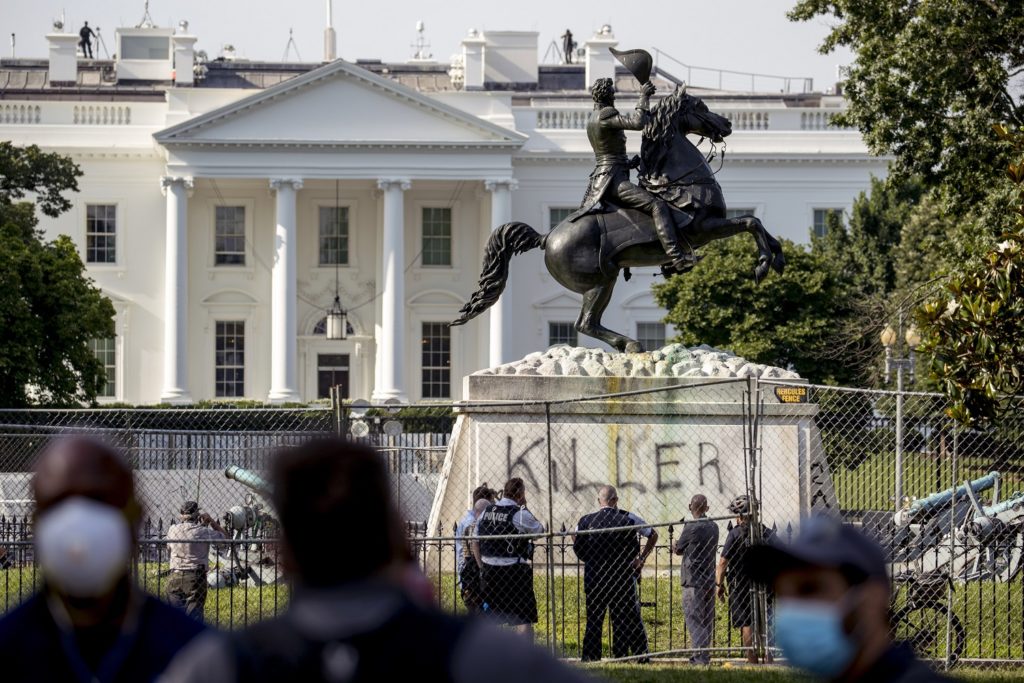 Protesters tried to topple a statue of Andrew Jackson today in Lafayette Square, Washington, DC. In response, President Trump cited a little known 2003 legislation and vowed anyone arrested for brining down statues will be met with a prison sentence up to 10 years.

…..This action is taken effective immediately, but may also be used retroactively for destruction or vandalism already caused. There will be no exceptions!

Original article source: http://aurn.com/calls-to-remove-confederate-and-offensive-monuments-rebuffed-by-trump/ | Article may or may not reflect the views of KLEK 102.5 FM or The Voice of Arkansas Minority Advocacy Council