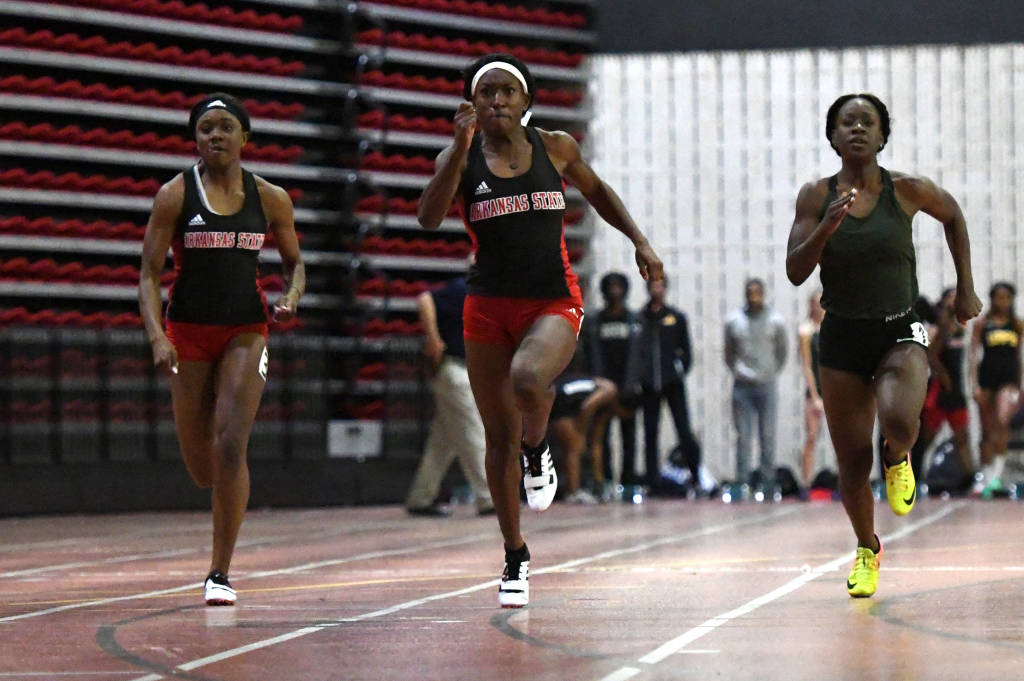 Smith owns the Sun Belt top mark in the 60-meter dash thus far with a time of 7.45 seconds coming at the A-State Kickoff Klassic last month. That time is converted from her 6.91 second 55-meter dash inside First National Bank Arena. Last weekend at the Jim Green Invitational hosted by the University of Kentucky, Smith ran the 60-meter dash in 7.49 seconds, the third-fastest time in program history.

Smith also leads the Sun Belt Conference 200-meter dash performance list. A converted time of 23.72 seconds from the Kickoff Klassic. Last weekend she finished second in a competitive field at the Jim Green Invitational with a time of 24.12 seconds, the third-fastest time in program history.

A-State track and field heads to Birmingham for the Samford Invitational on Friday. The Red Wolves return to First National Bank Arena for the A-State Invitational on January 25.

Original article source: http://www.astateredwolves.com//ViewArticle.dbml?DB_OEM_ID=7200&ATCLID=211786773 | Article may or may not reflect the views of KLEK 102.5 FM or The Voice of Arkansas Minority Advocacy Council