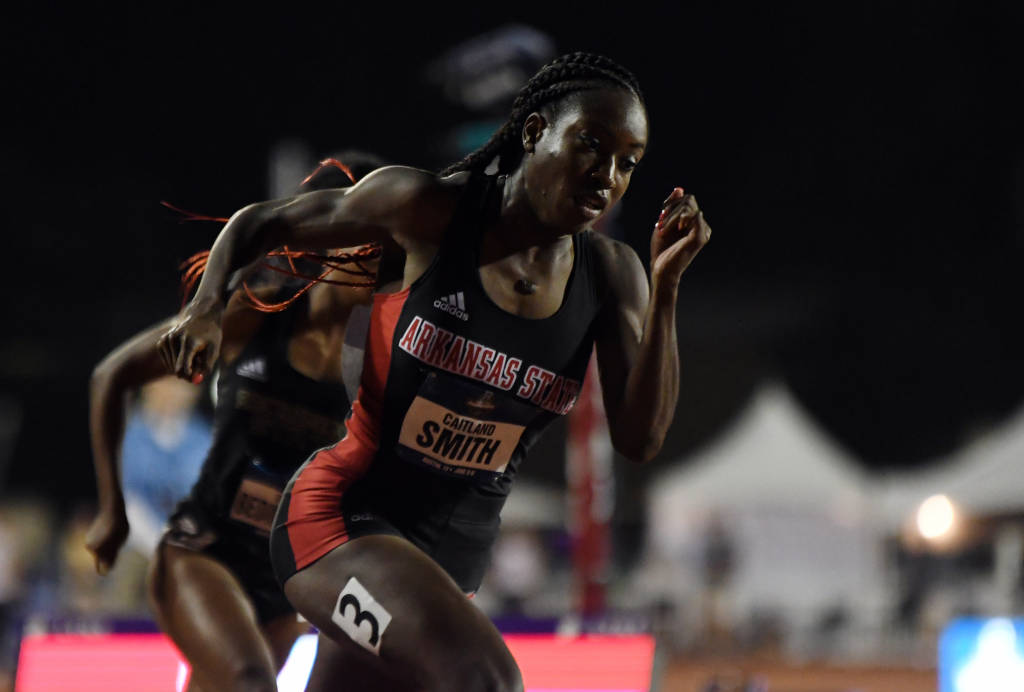 Smith finished fifth in the first of three heats in the 100-meter dash with a time of 11.26 seconds. The top two times from each heat plus the next two fastest times advanced to the final on Saturday. By placing 13th overall, Smith earns Second Team All-America honors.  Roughly an hour later, Smith returned to the track for the 200-meter dash. She sprinted to a fifth place finish in the heat at 23.20 seconds and finished 17th overall. She earns Second Team All-America honors with that finish in the 200-meter dash as well.

“Caitland did a good job in the 100,” said A-State head coach Jim Patchell. “She ran right at her personal-best and put together a pretty good race. She was ranked 11th going in and we knew she would have to run a great race to make that final. The 200 was a little rough. She was not aggressive enough in the first 50 meters, which gave her too much ground to make up in the last 100 meters. We are very proud of Caitland and what she has accomplished this year. She still has US nationals next month, so we will make a few adjustments and give it another shot in Des Moines.”

Original article source: http://www.astateredwolves.com//ViewArticle.dbml?DB_OEM_ID=7200&ATCLID=211805016 | Article may or may not reflect the views of KLEK 102.5 FM or The Voice of Arkansas Minority Advocacy Council