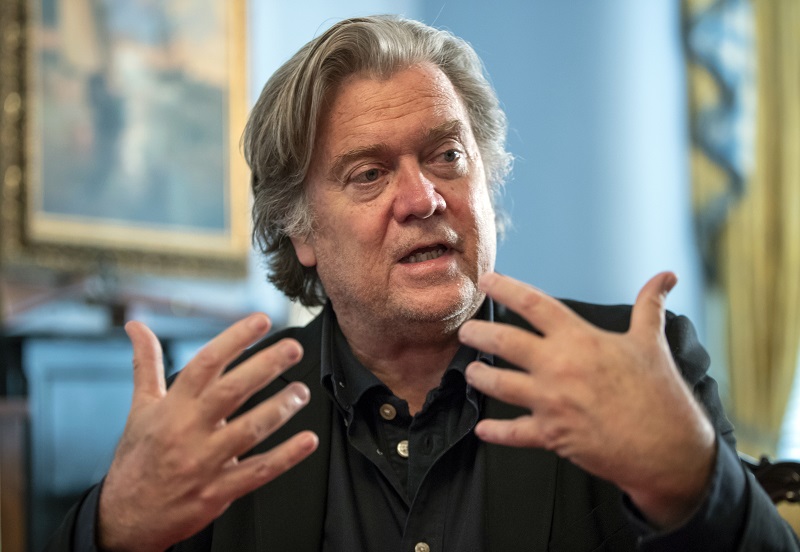 FILE – In this Aug. 19, 2018 file photo, Steve Bannon, President Donald Trump’s former chief strategist, talks about the approaching midterm election during an interview in Washington. Bannon’s invitation to speak at a festival hosted by The Economist is still on.
The newspaper announced Tuesday, Sept. 4, that Bannon would be speaking, as scheduled, during The Economist’s “Open Future” gathering later this month. (AP Photo/J. Scott Applewhite, File)

April has a candid conversation with former advisor to President Trump.

Original article source: http://aurn.com/breaking-news-april-ryan-speaks-steve-bannon/ | Article may or may not reflect the views of KLEK 102.5 FM or The Voice of Arkansas Minority Advocacy Council