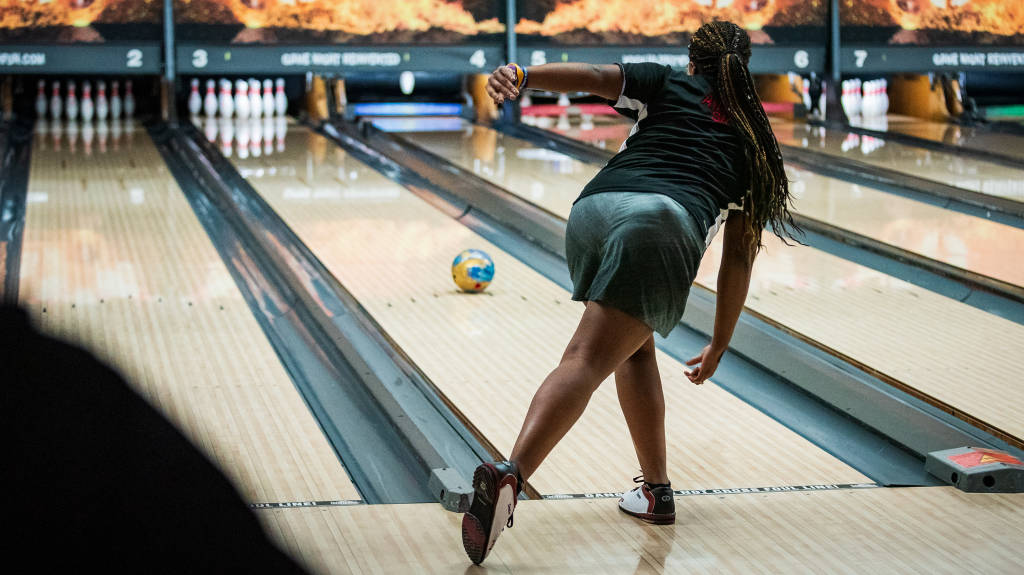 JONESBORO, Ark. (1/11/19) – The Arkansas State women’s bowling team is in third place after the first day of competition at the Mid-Winter Invitational.

“We had some people step up for us,” said A-State head coach Justin Kostick. “Taylor Davis was out sick, and Krista Pierce stepped up huge for not playing the entire first half.”

A-State finished the day with a total pinfall of 4,956 across five Baker format matches. The team averaged a score of 198.6 per game and finished with a 4-1 record.

Vanderbilt is in first place with a total pinfall of 5,090 followed by McKendree at 4,966.

The Red Wolves opened competition with a 966-712 victory over Gambling State followed by a 1,048-891 win over Valparaiso before dropping a 1,023-874 contest to Jackson State.

The home team bounced back in match 4 with a 996-972 win over Lincoln Memorial with a 194.2 average before completing Friday’s action with a 1,067-852 victory over Central Missouri.

The tournament will continue Saturday morning with traditional team matches.

Original article source: http://www.astateredwolves.com//ViewArticle.dbml?DB_OEM_ID=7200&ATCLID=211786300 | Article may or may not reflect the views of KLEK 102.5 FM or The Voice of Arkansas Minority Advocacy Council