JONESBORO – Scott Ellington, District Prosecuting Attorney for the Second Judicial District of Arkansas, announces that a Craighead County jury has convicted and sentenced a Blytheville man to life in prison plus 50 years in a Jonesboro slaying.

Ellington said that the jury convicted Markus Gentry, 30, of Blytheville of murder in the second degree. Ellington charged Gentry as a habitual offender, as Gentry had four (4) prior violent felony convictions. The prosecutor also sought an enhanced sentence for Gentry for use of a firearm in the commission of a felony.

“A menace to society is off the streets and forever behind bars, where he belongs,” Ellington said. “We are grateful that this jury decided that our community would not stand for his violent way of life and that we do not want him in our community any longer.”

The allegations stemmed from an incident at Big Unk’s Barbershop at 1120 W. Huntington Ave. where Jonesboro police officers found Lewis C. Gamble, 35, of Jonesboro, suffering from multiple gunshot wounds. Gamble was taken to a hospital, where he later died.

Ellington said that the jury imposed life in prison for the murder conviction, to be enhanced by 10 years for use of a firearm. Following the verdicts, Circuit Judge Cindy Thyer heard two different felony petitions to revoke Gentry’s prior probationary sentence. Thyer granted both petitions to revoke and sentenced Gentry to an additional 40 years imprisonment, for a total of life in prison without parole, plus fifty years. Ellington said that due to Gentry’s lengthy criminal history, he will not be parole eligible.

Ellington praised Craighead County Deputy Prosecuting Attorneys Charlene Davidson, Grant DeProw, and Tiarra Tanner for their efforts preparing the case for trial and presenting it to the jury.

Ellington also thanked and acknowledged officers with the Jonesboro Police Department for their thorough, diligent investigative work in the case, as well as the multiple agencies comprising the Second Judicial District Organized Criminal Activity Taskforce.

Original article source: https://www.yourprosecutor.org/2020/02/blytheville-man-sentenced-to-life/ | Article may or may not reflect the views of KLEK 102.5 FM or The Voice of Arkansas Minority Advocacy Council 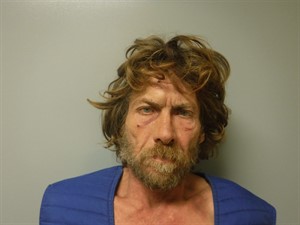