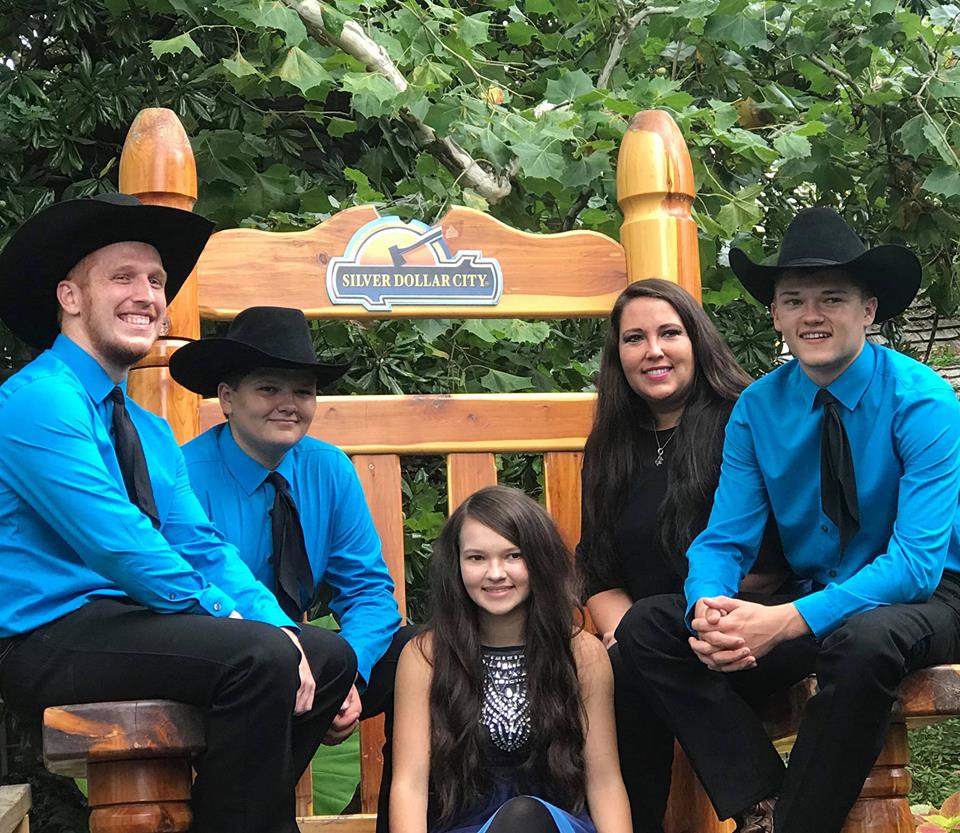 JONESBORO – The Baker Family will perform a concert of bluegrass, gospel and classic country music on Monday, Aug. 27, as part of the Bluegrass Monday concert series presented by KASU 91.9 FM.  The event starts at 7 p.m. at the Collins Theatre, 120 West Emerson Street, in downtown Paragould.

From Birch Tree, Mo., the Baker Family has become one of the most talked-about family musical ensembles in the country.  The family tours nationwide, performing around 100 concerts each year.  The group has also produced multiple CDs.

In 2016, the Baker Family won the Youth in Bluegrass band competition at Silver Dollar City in Branson, Mo.  This competition is the premier showcase in the world for bluegrass musicians under the age of 21 and their parents.  That same year, the International Country Gospel Music Association named the group Bluegrass Band of the Year.

The family appeared on season 12 of the NBC television program “America’s Got Talent.”  Producers of that program invited the group to audition for the program after seeing a YouTube video of their award-winning performance at the 2016 Youth in Bluegrass band competition.  The group has also performed on the RFD-TV program “The Bluegrass Trail.”

The band features mom Carrie Baker, who sings and plays guitar, along with her three teenage children.

Nineteen-year-old Trustin Baker plays fiddle in the band, and also sings lead and harmony vocals.  Earlier in the summer, he won the grand champion title at the Twin Lakes National Fiddle Championship in Kentucky.  He has also won 10 additional fiddle championships in five different states including Tennessee, Texas and Arkansas.  In addition, Trustin is a two-time runner-up in the Grand Masters Fiddle Championship, the most prestigious competition in the world for fiddle players.

Carina Baker is 17 and plays mandolin and sings lead and harmony vocals for the family band.  She was a nominee for the Female Vocalist of the Year award from the Midwest chapter of the Society for the Preservation of Bluegrass Music in America.

Fourteen-year-old Elijah Baker plays bass and sings both lead and harmony vocals for the group.  Both Carina and Elijah have also competed and won honors for their musicianship at festivals and contests across the country.

Joey Shann of Claremore, Okla., travels with the Baker Family, playing banjo and resophonic guitar for the group in their live performances.  He won the bluegrass banjo championship at the Twin Lakes competition in Kentucky earlier this summer.

More information about the band is available at thebakerfamilybluegrass.com.

Original article source: http://www.astate.edu/news/bluegrass-monday-to-feature-baker-family-aug-27 | Article may or may not reflect the views of KLEK 102.5 FM or The Voice of Arkansas Minority Advocacy Council