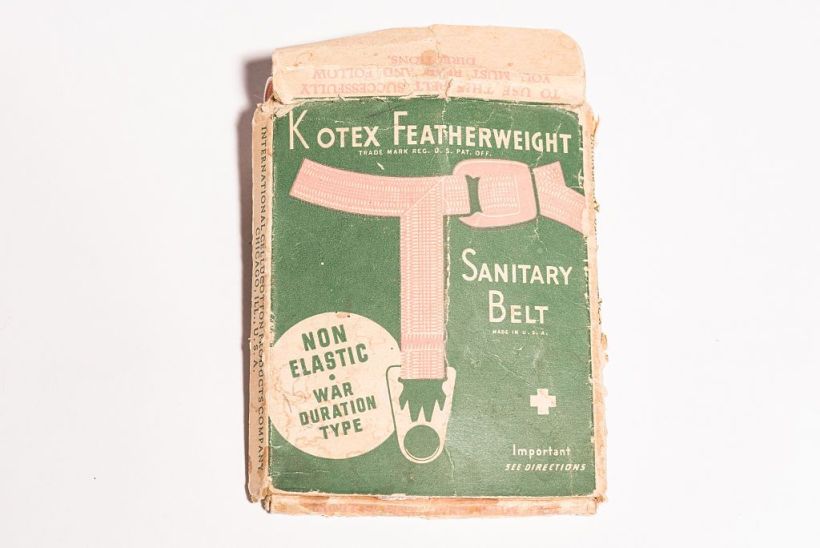 Mary Beatrice Davidson Kenner (1912–2006) always had trouble sleeping when she was growing up in Charlotte, North Carolina. Her mother would leave for work in the morning through the squeaky door at the back of their house and the noise would wake Kenner up. “So I said one day, ‘Mom, don’t you think someone could invent a self-oiling door hinge?’” She was only six at the time, but she set about the task with all the seriousness of a born inventor. “I [hurt] my hands trying to make something that, in my mind, would be good for the door,” she said. “After that I dropped it, but never forgot it.”

This pragmatic, do-it-yourself approach defined her inventions for the rest of her life. But while her creations were often geared toward sensible solutions for everyday problems, Kenner could tell from an early age that she had a skill that not many possessed. When her family moved to Washington DC in 1924, Kenner would stalk the halls of the United States Patent and Trademark Office, trying to work out if someone had beaten her to it and led a patent for an invention first. The 12-year-old didn’t find any that had done so.

In 1931 Kenner graduated from high school and earned a place at the prestigious Howard University, but was forced to drop out a year and a half into her course due to financial pressures. She took on odd jobs such as babysitting before landing a position as a federal employee, but she continued tinkering in her spare time. The perennial problem was money; filing a patent was, and is, an expensive business. Today, a basic utility patent can cost several hundred dollars.

By 1957 Kenner had saved enough money to her first ever patent: a belt for sanitary napkins. It was long before the advent of disposable pads, and women were still using cloth pads and rags during their period. Kenner proposed an adjustable belt with an inbuilt, moisture-proof napkin pocket, making it less likely that menstrual blood could leak and stain clothes.

“One day I was contacted by a company that expressed an interest in marketing my idea. I was so jubilant,” she said. “I saw houses, cars, and everything about to come my way.” A company rep drove to Kenner’s house in Washington to meet with their prospective client. “Sorry to say, when they found out I was black, their interest dropped. The representative went back to New York and informed me the company was no longer interested.”

Undeterred, Kenner continued inventing for all her adult life. She eventually filed five patents in total, more than any other African-American woman in history.

Original article source: https://goodblacknews.org/2020/02/05/bhm-mary-beatrice-davidson-kenner-the-forgotten-inventor-who-revolutionized-menstrual-pads/ | Article may or may not reflect the views of KLEK 102.5 FM or The Voice of Arkansas Minority Advocacy Council