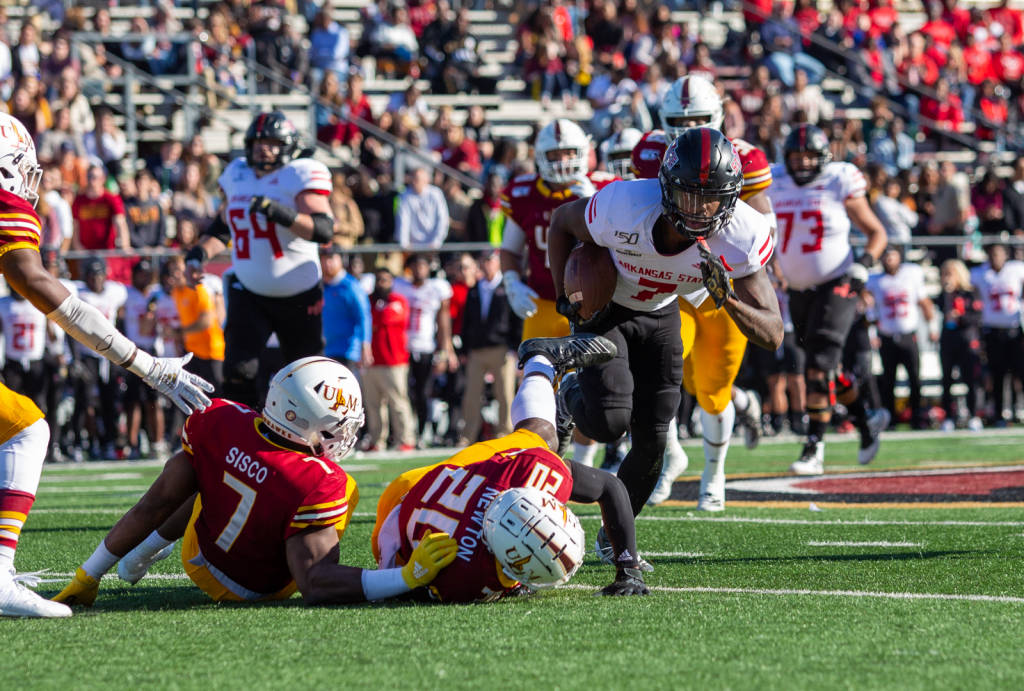 Bayless becomes the 25th all-time A-State player and the first since 1987 to be tabbed All-America by the AP.  Also named a Walter Camp Second Team All-America choice this year, Bayless has now been named to two of the five prestigious teams used to determine consensus All-America status.

Bayless was one of six players chosen at the wide receiver position, as well as one of nine players from the Group of 5 finding a spot on the 75-man list comprised of first, second and third-team selections.

Also a 2019 Pro Football Focus (PFF) Honorable Mention pick and the Sun Belt Conference Player of the Year, Bayless ended the regular season with 84 receptions for 1,473 yards and 16 touchdowns while also adding a pair of blocked kicks.  His two blocked kicks are tied for the most in the nation, while he ranks second in both receiving touchdowns and yards and tied for 12th in receptions per game (7.0).

Original article source: http://www.astateredwolves.com//ViewArticle.dbml?DB_OEM_ID=7200&ATCLID=211816940 | Article may or may not reflect the views of KLEK 102.5 FM or The Voice of Arkansas Minority Advocacy Council