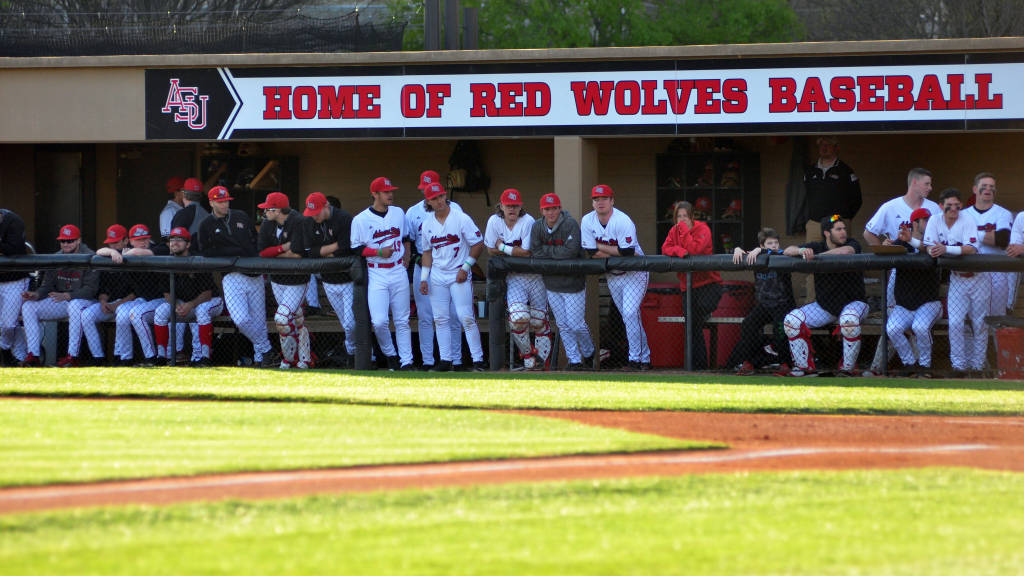 Jonesboro, Ark. (2/20/19) – The threat of inclement weather has forced the Arkansas State baseball team to move back its weekend home series against Valparaiso, which was originally scheduled for Friday, Feb. 22, through Sunday, Feb. 24.

The three-game series will now be played as a double-header Sunday beginning at 1 p.m. and conclude with the finale on Monday at noon.  There will be a 30-minute intermission between games on Sunday.

If a single-game or season ticket has already been purchased for the series, it will be honored and grant entry into Sunday’s or Monday’s game of choice by the ticket holder.

The A-State Athletics Department also announced that anyone who had a ticket to Saturday’s baseball game may now show it at the A-State Ticket Booth, located at First National Bank Arena’s lower-red entrance, to receive an upper-level ticket at no charge for the Red Wolves’ women’s and/or men’s game Saturday against Little Rock.

Original article source: http://www.astateredwolves.com//ViewArticle.dbml?DB_OEM_ID=7200&ATCLID=211791727 | Article may or may not reflect the views of KLEK 102.5 FM or The Voice of Arkansas Minority Advocacy Council