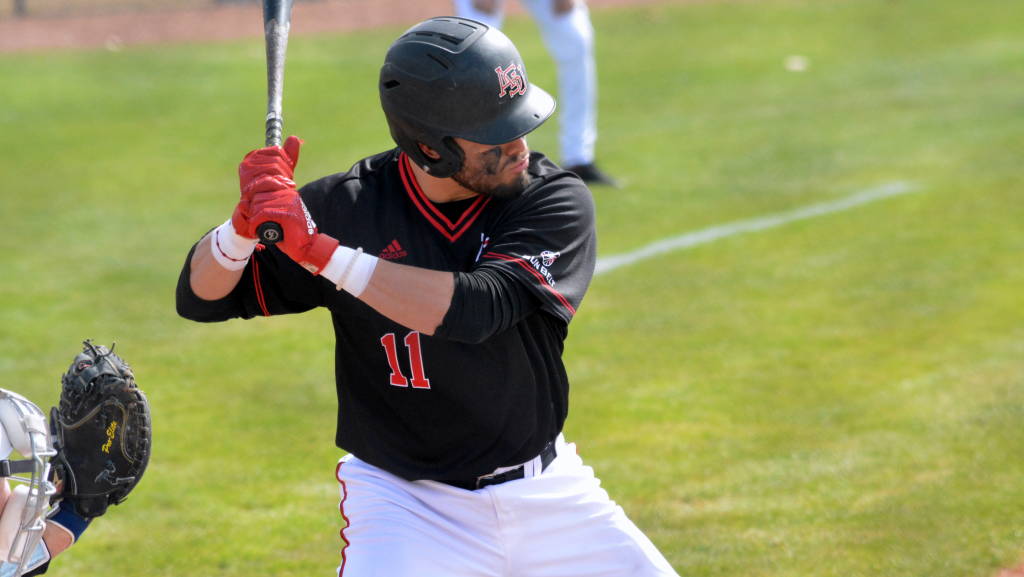 The Red Wolves trailed to 2-1 entering the bottom of the eighth inning, but Justin Felix hit a two-run home run and Drew Tipton delivered an RBI single to put A-State out in front. Sky-Lar Culver led off the inning with a walk and Felix followed with a two-run blast over the wall in right centerfield to give his team a 3-2 lead. Tipton later singled home Karsen Reid to push the advantage to two runs heading into the ninth.

Kollin Stone picked up his third save of the season in his one inning of work. Stone issued a leadoff single but battled back and got help from his defense on a 5-4-3 double play and then got a fly out to end the game.

Carter Holt turned in seven innings of work on the mound before giving way to Zech Jarrard, who earned the win in relief. Holt stuck out a career-high 10, while allowing to just two runs to score on four hits.

The Red Wolves jumped to a 1-0 lead in the first inning thanks to a Kyle MacDonald groundout the scored Tipton. MacDonald now has six RBIs on the season, while Tipton has scored six runs.

The Delta Devils took the lead in the third inning when Chase Colding singled to right field. Colding and Morgan Lomax then executed a double-steal, that included a steal of home for Lomax to go up 2-1.

A-State struggled to drive in runs after that as MVSU start Nicholas Johnson held the team in check across six innings of work before giving way to Jeremiah Barr, who issued the go-ahead runs in the eighth inning.

A-State closes out its midweek series against the Delta Devlis Wednesday afternoon at Tomlinson Stadium. First pitch is set for 4 p.m.

Original article source: http://www.astateredwolves.com//ViewArticle.dbml?DB_OEM_ID=7200&ATCLID=211792878 | Article may or may not reflect the views of KLEK 102.5 FM or The Voice of Arkansas Minority Advocacy Council