Back to School: Significant Risk to Families Living with Elders
0 Comments 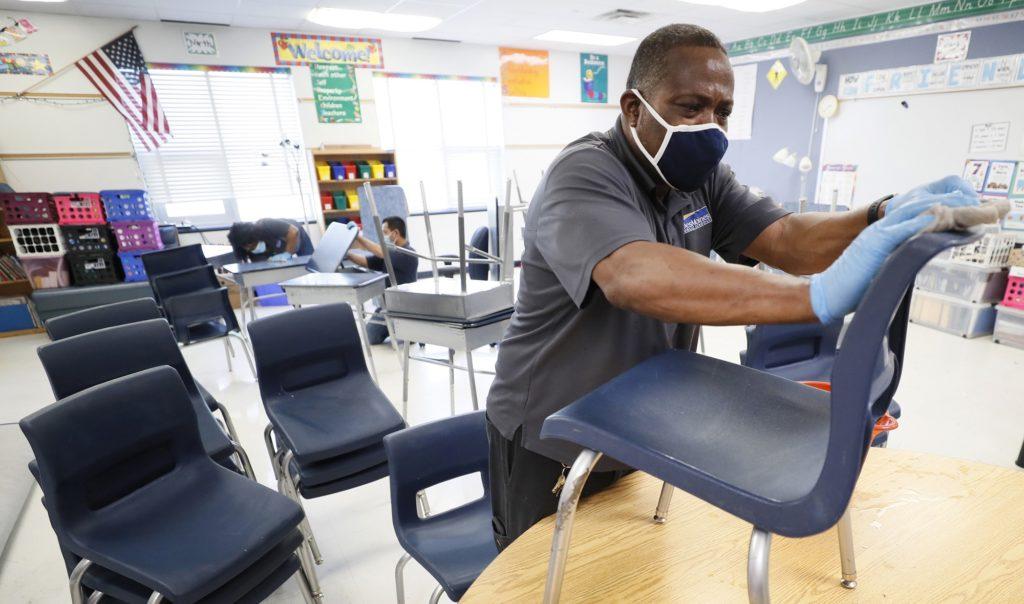 President Trump has slowly moved to a new space acknowledging the impact of the coronavirus.  Six months in, he is finally wearing a mask and recently cancelled his coronation at the Republican National Convention which was originally moved from Charlotte to Jacksonville.

That as there is a great concern about sending children to school in the midst of the pandemic. Recent numbers from Israel shows a spike in cases as kids went back to school.   With that said, there are new CDC guidelines for American school openings.  April Ryan spoke with Dr. Annette Anderson of the Johns Hopkins University Center for Safe Schools who calls for clear guidance from federal officials in efforts to rebuild trust with parents. Dr. Anderson also expresses concern about the shifting lists of symptoms, many of which are common in children such, as a runny nose.

“This should be a national priority, and it’s much more important—immeasurably more important—than opening bars or restaurants.” –Anita Cicero, deputy director of @JHSPH_CHS https://t.co/TPPxPKUPmh

Original article source: http://aurn.com/back-to-school-significant-risk-to-families-living-with-elders/ | Article may or may not reflect the views of KLEK 102.5 FM or The Voice of Arkansas Minority Advocacy Council