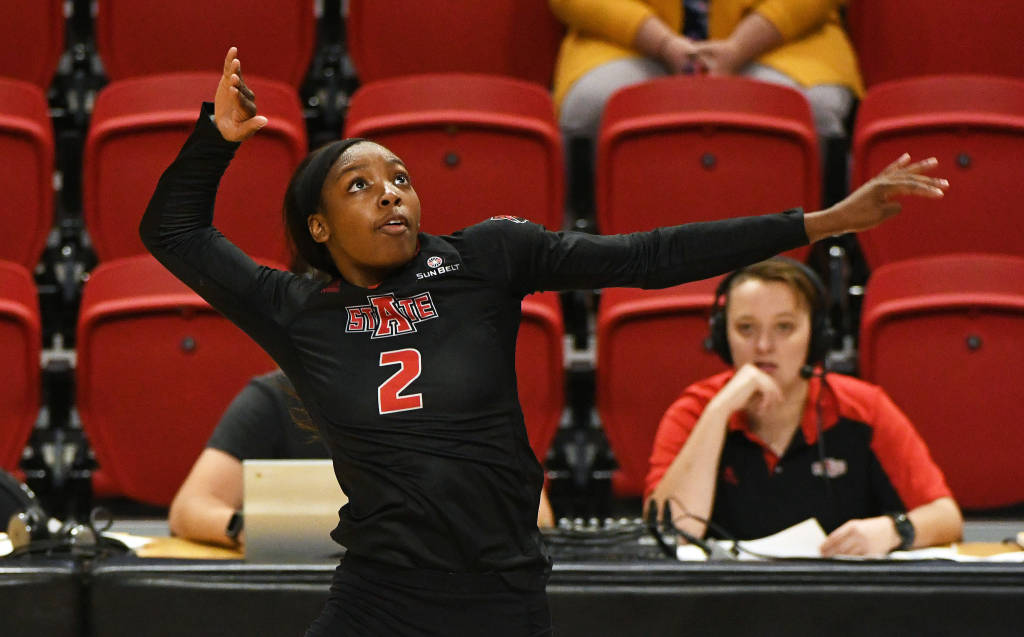 “I thought we played well tonight in an important match with conference season opening up,” Rehr said. “There’s always a bit of a different mindset once you enter conference matches because that’s what determines your standing and your ability to get a higher seed in the SBC Tournament and a chance at the automatic bid. Troy battled us in the first two sets, but I’m proud of how we won those close sets and came away with a decisive set three win.”

Carlisa May led the Red Wolves with 17 kills on a .282 hitting percentage, while Peyton Uhlenhake and Macey Putt each had seven kills. Ellie Watkins handed out 34 assists and Ryley Gill knocked in two of A-State’s four aces. Defensively, Madison Turner tied a career high with seven blocks and Tatum Ticknor posted 13 digs.

Arkansas State returns to action Sunday afternoon at 12 p.m. against South Alabama inside First National Bank Arena to wrap up the first weekend of conference play.

Original article source: http://www.astateredwolves.com//ViewArticle.dbml?DB_OEM_ID=7200&ATCLID=211772981 | Article may or may not reflect the views of KLEK 102.5 FM or The Voice of Arkansas Minority Advocacy Council