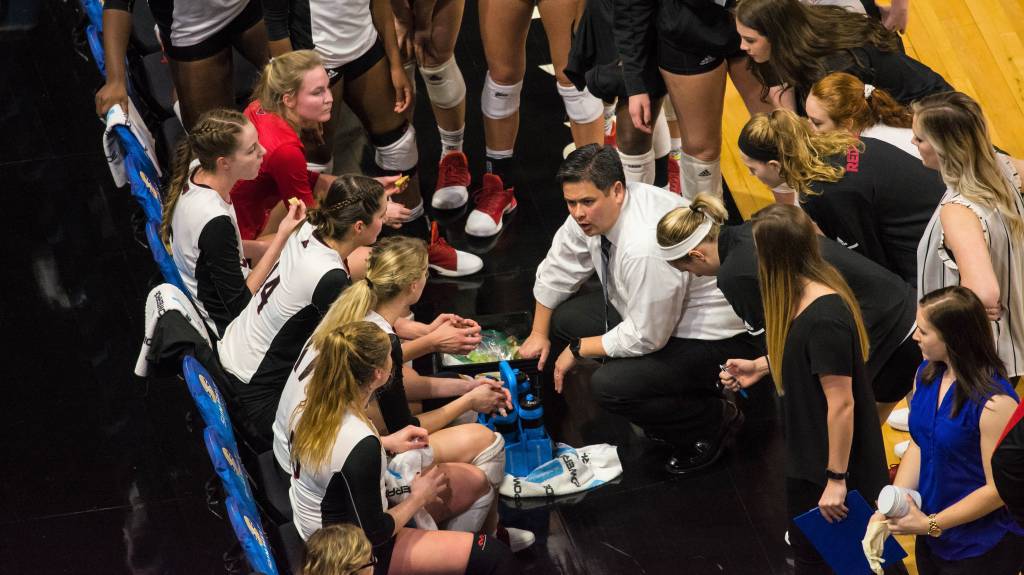 JONESBORO, Ark. (7/16/18) – The Arkansas State volleyball squad was one of 163 Division I women’s volleyball programs to receive an American Volleyball Coaches Association Team Academic Award and was also named to the AVCA Team Academic Honor Roll as one of the teams with a top 25 GPA.

The Red Wolves have earned an AVCA Team Academic Award for the fourth straight season. The award, which was initiated in the 1992-93 academic year, honors collegiate and high school volleyball teams that displayed excellence in the classroom during the school year by maintaining at least a 3.30 cumulative team grade-point average on a 4.0 scale or a 4.10 cumulative team GPA on a 5.0 scale.

A-State was one of six Sun Belt Conference schools to earn an award, but was the only SBC school to be selected to the AVCA Team Academic Honor Roll with a top 25 GPA.

The AVCA Team Academic Award is the single largest award offered by quantity of schools, players and coaches honored. Since the 2000-2001 season, the number of recipients has increased every single year but two, while amassing a 619-team increase over the span of the last decade. Since the award’s inception in 1993, the amount of award winners has increased from 62 to its current number of 973.

Original article source: http://www.astateredwolves.com//ViewArticle.dbml?DB_OEM_ID=7200&ATCLID=211735325 | Article may or may not reflect the views of KLEK 102.5 FM or The Voice of Arkansas Minority Advocacy Council