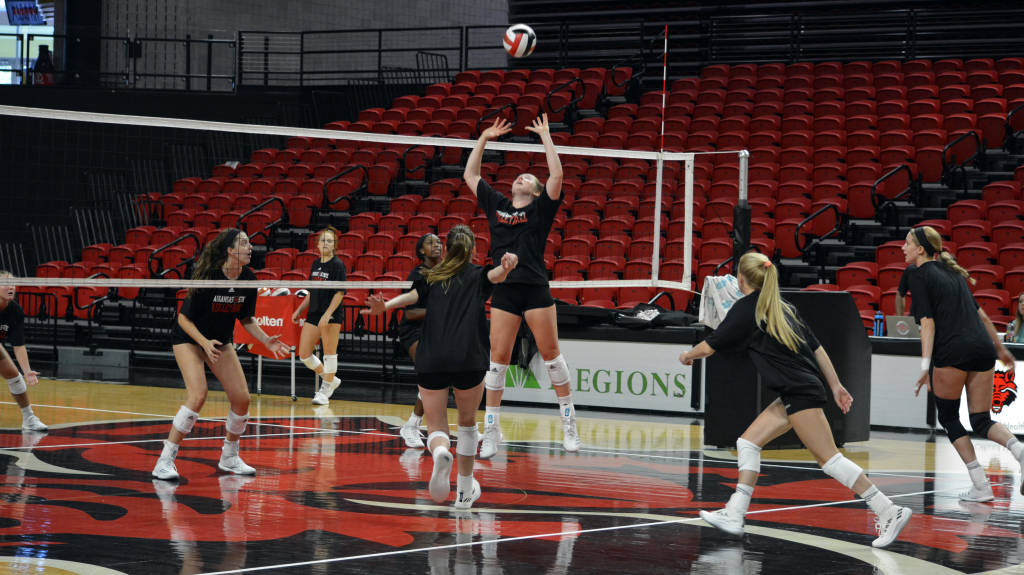 The squad’s first practice focused more on fundamental aspects of the game and individual skills work with a serving session closing the workout. A-State returned for an afternoon practice consisting of mostly intrasquad scrimmages.

The two practices were the first full-team workouts with coaches since the team returned from its foreign tour in Italy in June. The Red Wolves return 10 players from last year’s squad and welcome six freshmen into the fray.

Original article source: http://www.astateredwolves.com//ViewArticle.dbml?DB_OEM_ID=7200&ATCLID=211767523 | Article may or may not reflect the views of KLEK 102.5 FM or The Voice of Arkansas Minority Advocacy Council