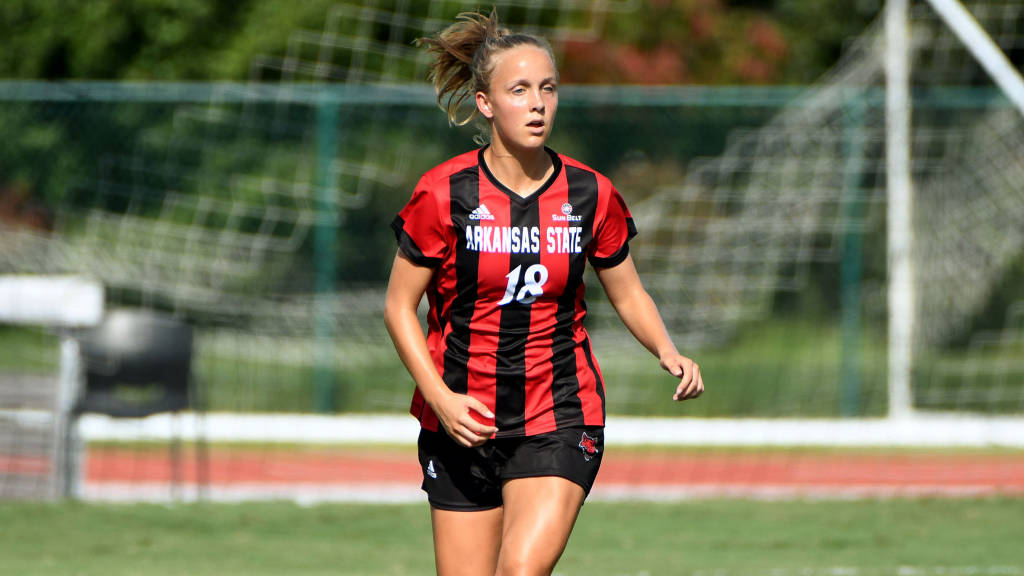 Following the win, the Red Wolves improved to 2-1 while Central Arkansas fell to 0-3 on the year.

Carrollton, Texas, native, Abby Glockzin found the back of the net in the 2ndminute, her first of the season, giving the Red Wolves a 1-0 lead over the Sugar Bears. The goal was setup by Junior Haley Furio, who sent a near perfect corner kick into the box, which found Glockzin just inches away from the net.

The Red Wolves struck again about 2 minutes later, in the 3rdminute, off the foot of Haley Husted which marked her first goal of the season. Sarah Sodoma was credited with assist, allowing the home team to build a 2-0 advantage over Central Arkansas. However, UCA pulled within 2-1 in the 23rdminute off of a Gracie Hair goal, which marked its only goal of the match.

Riley Minard added insurance to the Red Wolves lead in the 84thminute 3-1, after a free kick. The goal marked the first of the 2019 campaign for the Overland Park, Native. Husted led the Red Wolves offensively with four shots while Sodoma followed with three.

Megan McClure only allowed on goal as Arkansas State out shot UCA 14-8 on the day. The Scarlet and Black took four shots on goal compared to the Sugar Bear’s 1 while only committed nine fouls compared to the UCA 16.

Arkansas State will return to action Thursday, Sept. 5, when it hosts Jackson State at the A-State Soccer Park. Kickoff is set for 3 p.m.

Original article source: http://www.astateredwolves.com//ViewArticle.dbml?DB_OEM_ID=7200&ATCLID=211810612 | Article may or may not reflect the views of KLEK 102.5 FM or The Voice of Arkansas Minority Advocacy Council