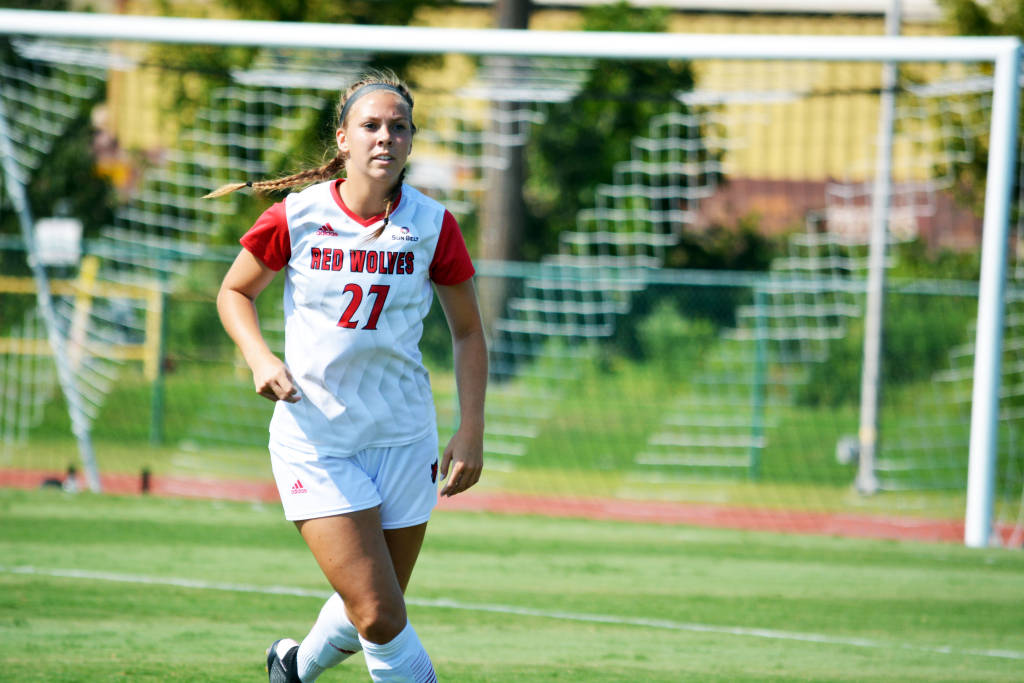 Following the loss, the Red Wolves dropped to 3-2 on the year, while Texas Tech improved to 5-1. The Red Raiders have now won four-consecutive matches on the 2019 campaign.

Texas Tech struck first in the 17thminute, in a rather odd fashion, when Amanda Porter launched a ball into the box to find Kirsten Davis who scored off an unusual back deflection. The Red Raiders controlled the pace for much of the match, ultimately taking 17 shots, two of which were on goal, in the first half, while holding Arkansas no attacks.

Megan McClure made an impressive seven saves on the on the match while Texas Tech outshot Arkansas State 30-1. The Red Raiders also had eight shots goal while holding the Red Wolves to zero. Dana O’Boye was the only player to take a shot for Red Wolves offensively.

Arkansas State will return to action Friday, Sept. 13, when it travels to Murray, Ken., to face Murray State. Kickoff is set for 3 p.m. at Cutchen Field.

Original article source: http://www.astateredwolves.com//ViewArticle.dbml?DB_OEM_ID=7200&ATCLID=211811142 | Article may or may not reflect the views of KLEK 102.5 FM or The Voice of Arkansas Minority Advocacy Council