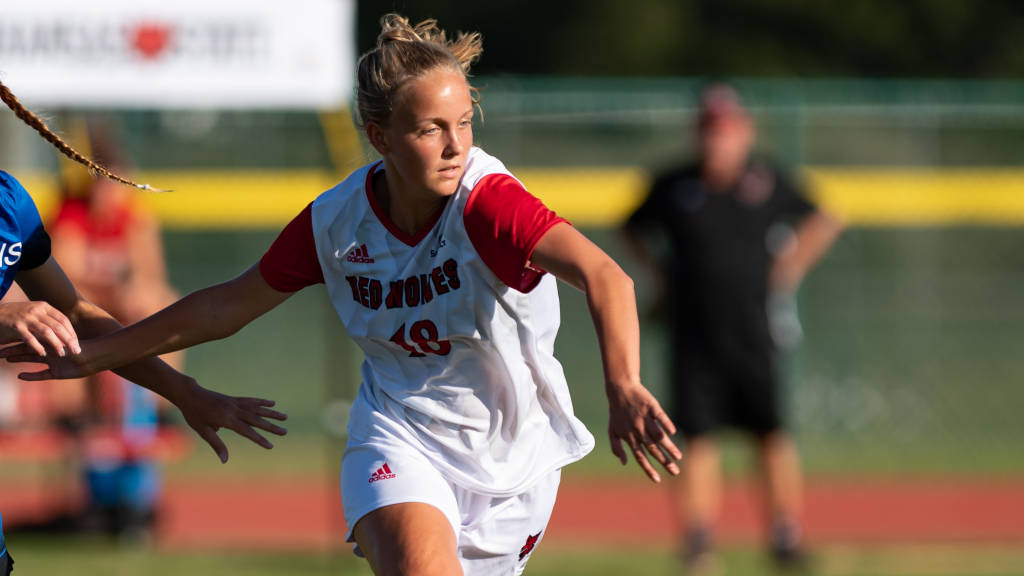 Following the win, the Red Wolves improved to 1-1 on the year, while Kansas State fell to 0-2-1.

Naperville, Ill., native, Haley Furio found the back of the net in the 28thminute, her first of the season, giving the Red Wolves a 1-0 lead over the Wildcats. The goal was setup by Junior Sarah Sodoma, who threaded through various Kansas State defenders, then sent the ball off the cross bar which found Furio just inches away from net.

The Wildcats countered about 10 minutes later, in the 38thminute, off the foot of Hannah Davis as Brooklynn Entz was credited with the assists.

Megan McClure made five saves for the Red Wolves as Kansas State out shot A-State 27-5 on the night. The Scarlet and Black took four shots on goal compared to K-State’s 6 while only committed seven fouls compared to the Wildcats’ nine.

Cape Coral, Fl., native Sophia Restrepo was able to give the Red Wolves a 2-1 advantage in the 60thminute, when she found the back of the net in a wide opened fashion. The unassisted goal marked the first goal of Restrepo’s career.

Arkansas State will return to action Sunday, Sept. 1, in its home opener against Central Arkansas. Kickoff is set for 1 p.m. at the A-State Soccer Park.

Original article source: http://www.astateredwolves.com//ViewArticle.dbml?DB_OEM_ID=7200&ATCLID=211810420 | Article may or may not reflect the views of KLEK 102.5 FM or The Voice of Arkansas Minority Advocacy Council