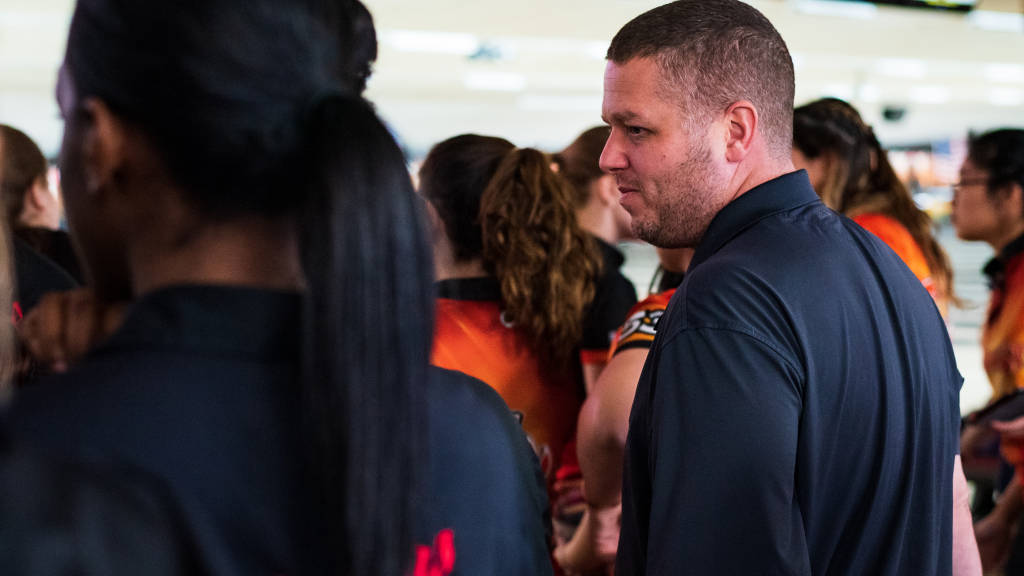 A-State rebounded in a big way from their round two loss against Sam Houston State Friday afternoon with a two-game sweep in their elimination match against Louisiana Tech. Arkansas State was led by a trio of bowlers who registered scores above 200. Taylor Davis paved the way for the Red Wolves in the traditional match with a 205.

The Lady Techsters stormed back in the baker total pinfall nabbing a match high 208 in the number three spot. However, Arkansas State sealed the match in the fourth and fifth spots scoring a 189 and a 165, respectively, and ultimately defeated Louisiana 2-0.

The Red Wolves squad outscored Louisiana Tech 948-795 in the traditional format matchup and 916-911 in the Baker contest.

Stephen F. Austin blazed out to a decisive traditional matchup victory, combining for a 1,063-pin count to best the Red Wolves’ 897. Carlene Beyer led the charge for SFA with a stunning 269 as the five-slot bowler. The Ladyjacks boasted three players scoring above 200 as Dakotah Hazlewood (220) and Sarah Gill (209) followed Beyer’s lead.

SFA mounted their final attack against Arkansas State with a 910-886 win in the baker total pinfall series. The Ladyjacks outscored the Red Wolves in the second, third and fourth rounds to obtain the victory and keep their hopes for a Southland Bowling League title alive.

Original article source: http://www.astateredwolves.com//ViewArticle.dbml?DB_OEM_ID=7200&ATCLID=211796938 | Article may or may not reflect the views of KLEK 102.5 FM or The Voice of Arkansas Minority Advocacy Council