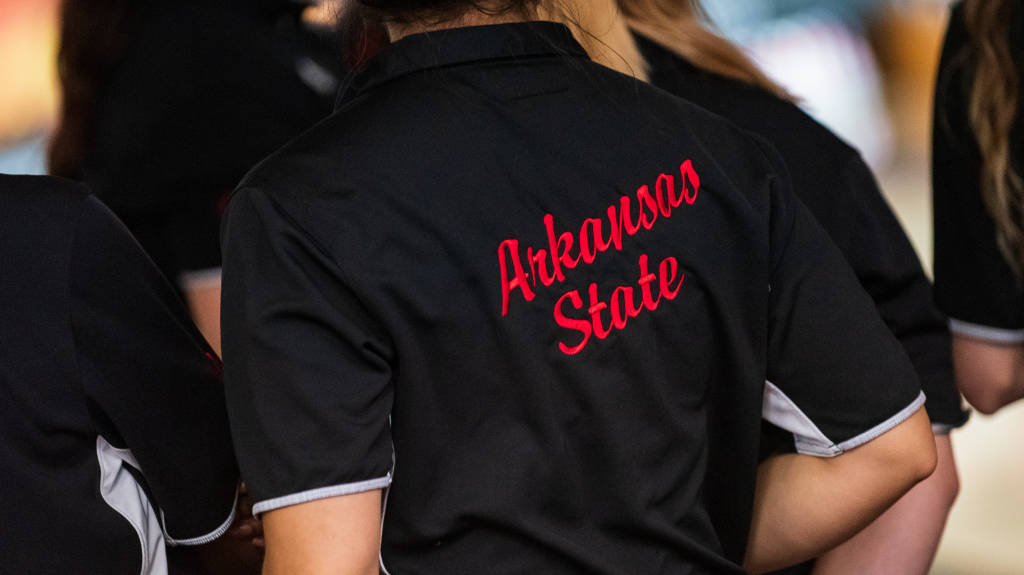 SMYRNA, TN (3/16/19) – The Arkansas State bowling team dropped to fourth place with a total pinfall of 10,178 Saturday, at the Music City Classic in Smyrna, Tn.

To kick off the day, the Red Wolves suffered a 1,102-986 loss to Duquesne to before defeating St. Francis-Brooklyn 1,060-997. However, the Scarlet and Black couldn’t keep up momentum when it dropped a close contest to Scared Heart University (1,056-907).

A-State bounced back when it won back-to-back matches over Long Island University-Brooklyn (1,056-907) and Adelphi University (884-846) to wrap up the second day of competition.

A-State will face North Carolina A&T to open up the best-of-seven Bracket play. Competition is set to begin at 8:30 p.m.

Original article source: http://www.astateredwolves.com//ViewArticle.dbml?DB_OEM_ID=7200&ATCLID=211795933 | Article may or may not reflect the views of KLEK 102.5 FM or The Voice of Arkansas Minority Advocacy Council