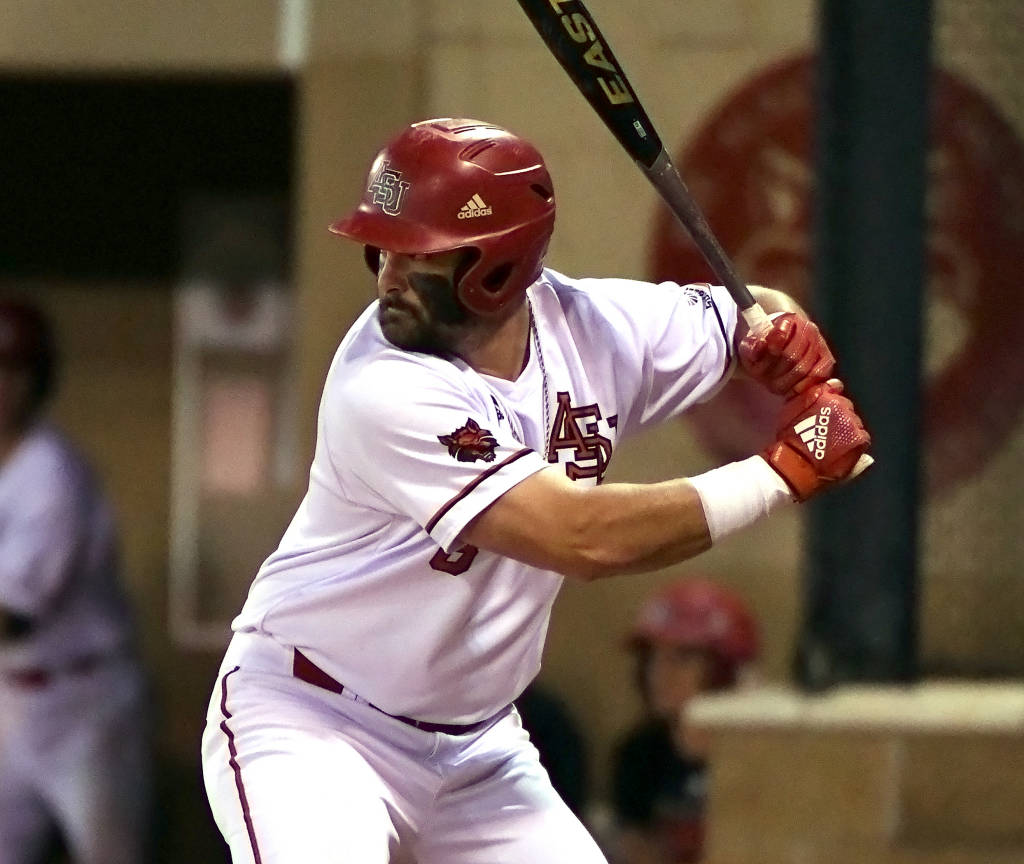 Memphis, Tenn. (4/30/19)– The Arkansas State baseball rallied from a seven-run deficit, but it wasn’t enough as it fell 11-9, Tuesday evening at FedEx Park. Following the loss, the Red Wolves dropped to 23-22 overall while Memphis improved to 22-20.

Kyle MacDonald displayed impressive offensive effort in the fifth, to pull within 6-10, when he launched a two-run home run to left center. TheMississauga native struck again in the sixth when he ripped a two-run double to left center bringing across Will Huber and Karsen Reid.

MacDonald finished the night three-for-four with six RBIs, two doubles, a walk and a run while taking over the team-high in RBIs.

A-State got two runs back in the third, to pull within 8-3, when Sun Belt Preseason Player of the Year MacDonald ripped a two-run opposite field double to right center bringing across Drew Tipton and Eli Davis.

Memphis posted a big first inning, tacking on seven runs, when it scored back-to-back runs on two A-State errors and Cale Hennenmann sent a two-out grand slam to left which built an 7-1 advantage over the Red Wolves. The home team added on another run in the second.

Noah Stone (1-1) struggled in his efforts, when he pitched a third of an inning, allowing five runs on one hit with two walks and a strikeout. Senior Zachary Patterson seen action out of the bullpen, pitching 2.1 innings, allowing three runs on two hits, while walking three and punching out four.

A-State will return to action when it hosts Appalachian State in a three-game weekend series May 3-5. The series will begin Friday at 6:30 and continue Saturday at 4 p.m. while the series finale is set for Sunday at 1 p.m.

Original article source: http://www.astateredwolves.com//ViewArticle.dbml?DB_OEM_ID=7200&ATCLID=211802182 | Article may or may not reflect the views of KLEK 102.5 FM or The Voice of Arkansas Minority Advocacy Council