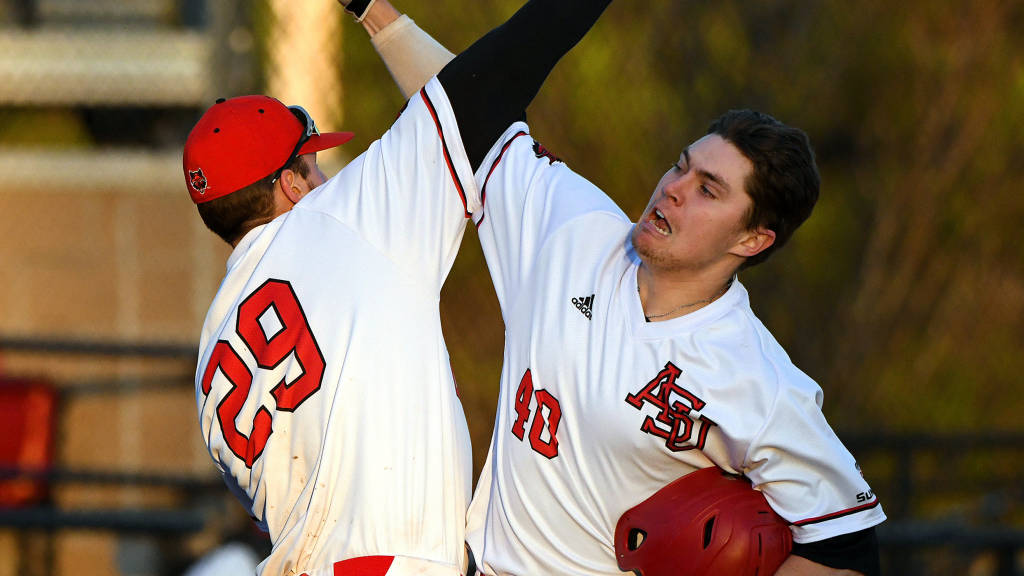 A-State bust the game opened in the fifth, scoring four runs, when Jaylon Deshazier walked with the bases loaded and Tyler Duncan hit an RBI single to left bringing Sky-Lar Culver across. Drew Tipton capped of the inning when he sliced a two-run single to left scoring Deshazier and Justin Felix to extend the Red Wolves advantage 7-1.

Zachary Patterson improved to 3-1 on the season when he pitched two innings, allowing only one hit, one run and punching out two. Zach Jarrard pitched three scoreless innings in relief only allowing one hit with no walks.

Culver started the offensive upsurge for the Red Wolves in the first inning, when he launched a solo homerun to left center, marking his fourth on the season. However, the Redhawks countered, when Hunter Southernland popped a two-out solo homerun to leftfield. Southeast Missouri State tacked on another run in the seventh inning.

Southerland finished a team-high one-for-two with two runs, one RBI, a walk and a homerun.

The Scarlet and Black secured a two-spot in the third, when Kyle MacDonald double to right center bringing Drew Tipton across. Culver added insurance to the Red Wolves lead when he singled to left to score MacDonald. Culver finished the night a three-for-four with two RBIs, two runs and a homerun while Tipton finished three-for-five with three RBIs, a run and a walk.

The Red Wolves added on three more runs in the ninth inning to extend its advantage 11-2.

Arkansas State will return to action when it travels to #10 Coastal Carolina Friday, March 29 for a three-game series. The first pitch is set for 5 p.m. at Springs Brooks Stadium. The series will continue Saturday at 1 p.m. and conclude 11:30 a.m. on Sunday.

Original article source: http://www.astateredwolves.com//ViewArticle.dbml?DB_OEM_ID=7200&ATCLID=211797397 | Article may or may not reflect the views of KLEK 102.5 FM or The Voice of Arkansas Minority Advocacy Council