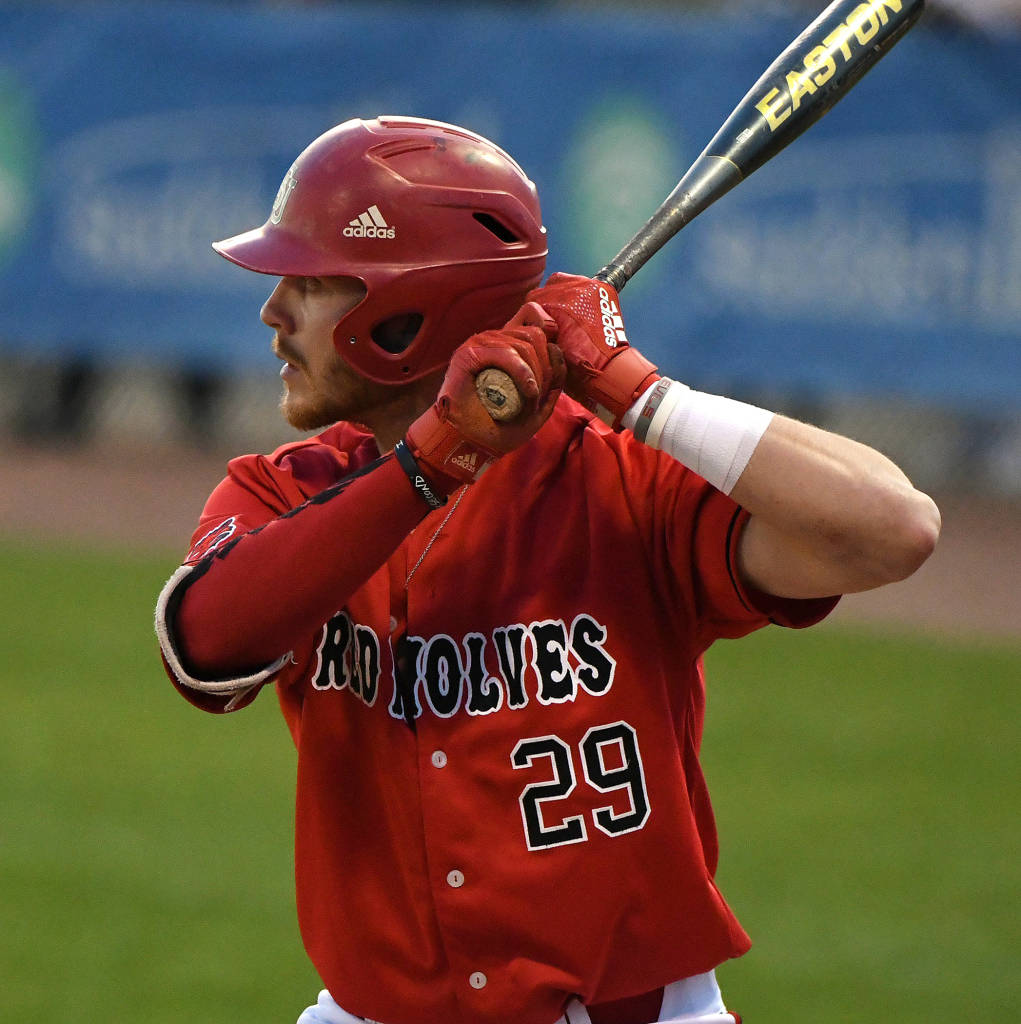 Lafayette, LA. (4/5/19)– A five-run seventh inning powered the Arkansas State baseball team in its12-6 series opening victory over Louisiana, Saturday evening at Russo Park. With the win, A-State improved to 20-11 overall and 8-2 in the Sun Belt, while the Ragin’ Cajuns fell to 15-17 overall and 4-6 in the league.

The Red Wolves bust the game opened 11-3, in the seventh inning, when Sky-Lar Culver was hit by the pitch with the bases loaded and Drew Tipton scored on a wild a pitch. Alex Howard added insurance to the A-State advantage, when he chopped a two-run double to through left scoring Will Zimmerman and Culver.

A-State begin its scoring rally, in the second inning, tacking on a four-spot, on a Louisiana E4 which scored Tyler Duncan. Will Zimmerman added to the A-State lead 4-0, when he sliced an opposite field two-run single through the right side, bringing across Jaylon Deshazier and Jacob Jablonski.

Zimmerman finished the night two-for-three with two RBIs, two runs and a walk while Tyler Duncan went three-for-five with three RBIs and a run.

Louisiana pulled within 6-3, in the fourth inning, when Orynn Veillon slashed a two-run double to left field and Kole McKinnon singled up the middle to bring home a runner.

The Ragin’ Cajuns got two runs back in the bottom of the seventh on a two-run shot to left off the bat of Todd Lott to close the gap at 11-5 heading into the final two innings of play.

Arkansas State will return to action Saturday March 6, when it concludes its series against Louisiana in a doubleheader beginning at 4 p.m., with game two beginning 45 minutes after the conclusion of the first contest.

Original article source: http://www.astateredwolves.com//ViewArticle.dbml?DB_OEM_ID=7200&ATCLID=211798688 | Article may or may not reflect the views of KLEK 102.5 FM or The Voice of Arkansas Minority Advocacy Council