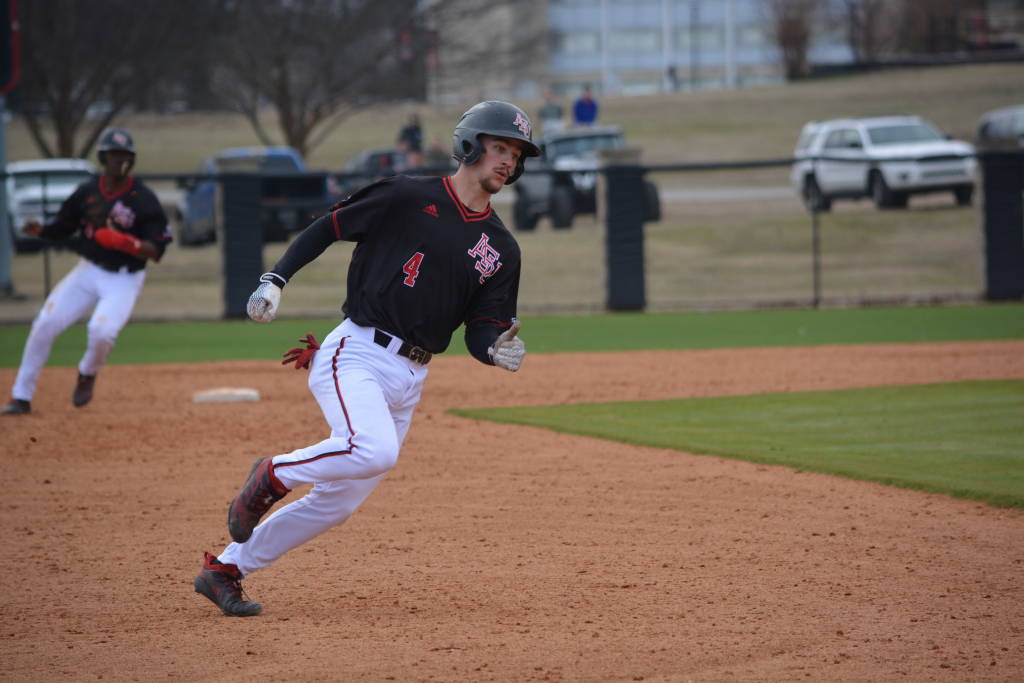 Columbia, Mo. (3/13/19) – The Arkansas State Baseball team fell to Mizzou 14-4 in seven innings Wednesday evening at Taylor Stadium in Columbia, Mo. With the loss, the Red Wolves fall to 11-7 on the season while the Tiger improve to 11-5.

Kyle MacDonald set the pace in the first inning for the Red Wolves when he singled to left field then advanced to second on the throw to bring Drew Tipton home.

Back-to-back singles by Justin Felix and Jaylon Deshazier gave A-State a 4-0 advantage over Mizzou. However, the Tigers countered on a Mark Vierling single to center field which scored four runners.

Mizzou busted the game opened in the third inning on a Misner two-out grand slam to right field followed by a two-run homer to left field by Chad McDaniel for the Tigers to take a 12-4 lead over the Red Wolves.

Misner and Vierling finished the match three-for-two and four RBIs each while McDaniel finished one-for-three with three RBIs.

The Arkansas State baseball team will return to action Friday when it opens Sun Belt Conference play against Troy. The first pitch for the first game of the three-game series is set for 6 p.m. while Saturday’s game is set for 4 p.m. and the series will conclude Sunday at 1 p.m. at Riddle-pace Field.

Original article source: http://www.astateredwolves.com//ViewArticle.dbml?DB_OEM_ID=7200&ATCLID=211795426 | Article may or may not reflect the views of KLEK 102.5 FM or The Voice of Arkansas Minority Advocacy Council