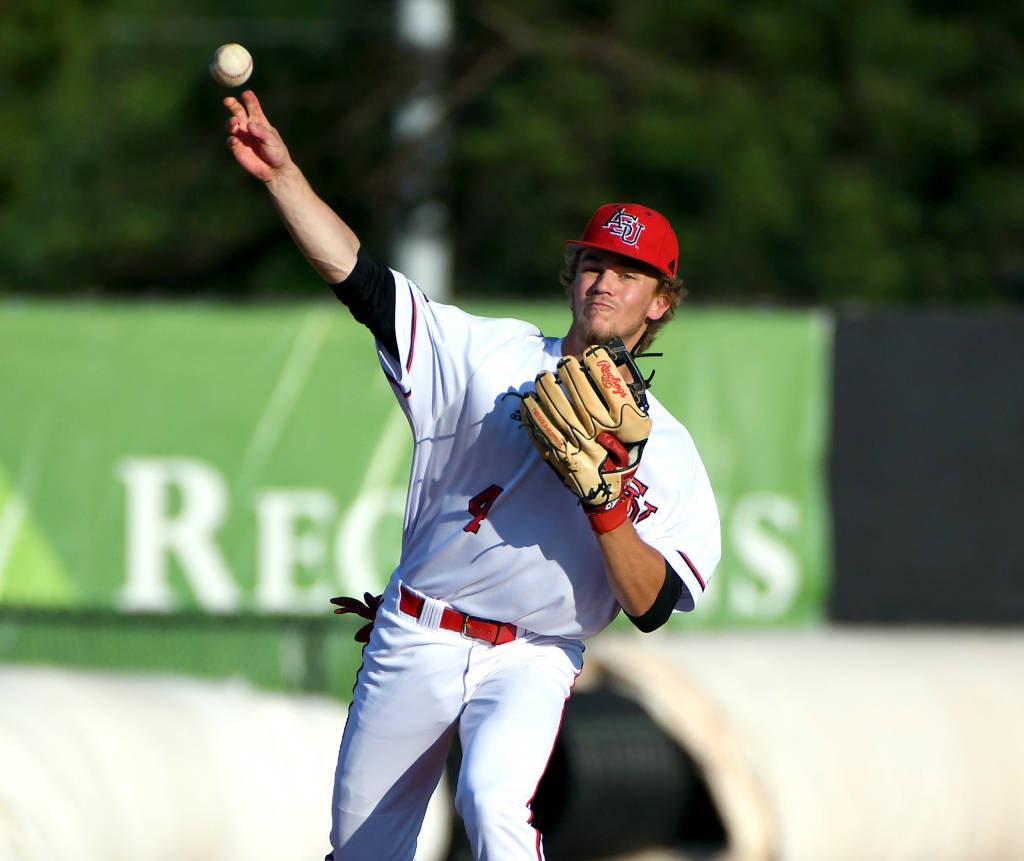 Jonesboro, Ark. (5/15/19)– The Arkansas State baseball forced extra innings but was not able to capitalize down the stretch, when it fell 2-1 to Little Rock at Tomlinson Stadium Thursday evening.

Chandler Coates had a fantastic outing, when he pitched eight innings, allowing just one run on six hits while striking out nine and only walking one. Jack Jumper (2-3) pitched two innings out of the bullpen, allowing a run on a hit while punching out one.

Little Rock rallied in the sixth inning, tacking on a run, when James Gann filed out to right field to score Christian Reyes to take a 1-0 advantage over the Red Wolves. Little Rock took the lead back in the top of the 11, when Ryan Benavidez launched a home run to right.

Chandler Fidel shut down the Red Wolves for eight innings, before Justin Felix scored on a fielder’s choice, in the bottom of the ninth to even the score at a run apiece.

Arkansas State will return to action when it continues it series against Little Rock. The first pitch is set for 6:30 p.m. at Tomlinson Stadium.

Original article source: http://www.astateredwolves.com//ViewArticle.dbml?DB_OEM_ID=7200&ATCLID=211803658 | Article may or may not reflect the views of KLEK 102.5 FM or The Voice of Arkansas Minority Advocacy Council