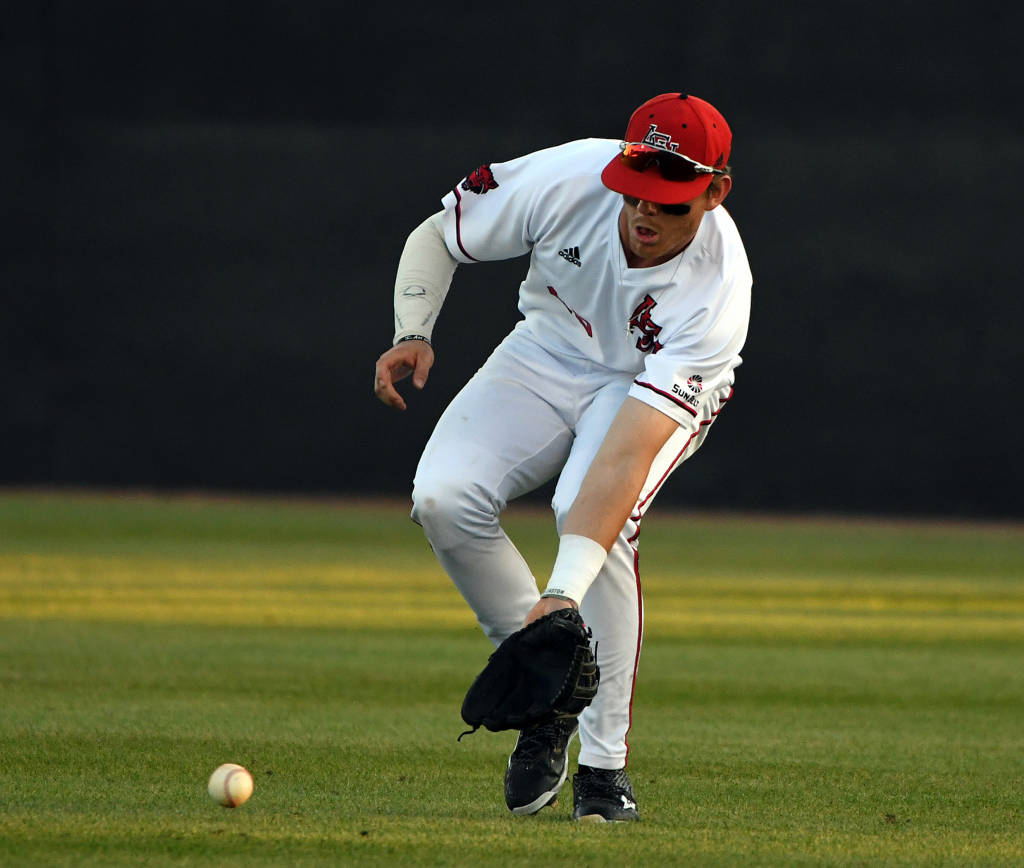 Following the loss, the squad fell to 25-26overall and 11-16 in the Sun Belt conference while Georgia southern improved to 20-21 overall and 16-11 in the league.

Payton Lannon pitched three innings, out of the bullpen, where he allowed three runs on two hits with two walks and a strikeout. Lannon retired nine consecutive batters in his outing Sunday.

Georgia Southern built an 8-1 advantage over the first two innings, but the Red Wolves rallied over the next two, scoring six unanswered runs. Kyle MacDonald ignited the A-State offense when he filed out to left field to score Alex Howard. The Red Wolves pulled within 8-3, when Justin Felix slashed a two-run double to center field bringing across Sky-Lar Culver and Drew Tipton.

Back-to-back passed balls by Georgia Southern allowed Howard and Karsen Reid to come home for the Red Wolves to pull within 8-6 of the Eagles. However, the home team got two runs back in the home half of the fifth to extend its lead 10-6.

Arkansas State will return to action Tuesday, May 14 when it hosts Ole Miss. The first pitch is set for 6:30 p.m. at Tomlinson Stadium.

Original article source: http://www.astateredwolves.com//ViewArticle.dbml?DB_OEM_ID=7200&ATCLID=211803254 | Article may or may not reflect the views of KLEK 102.5 FM or The Voice of Arkansas Minority Advocacy Council