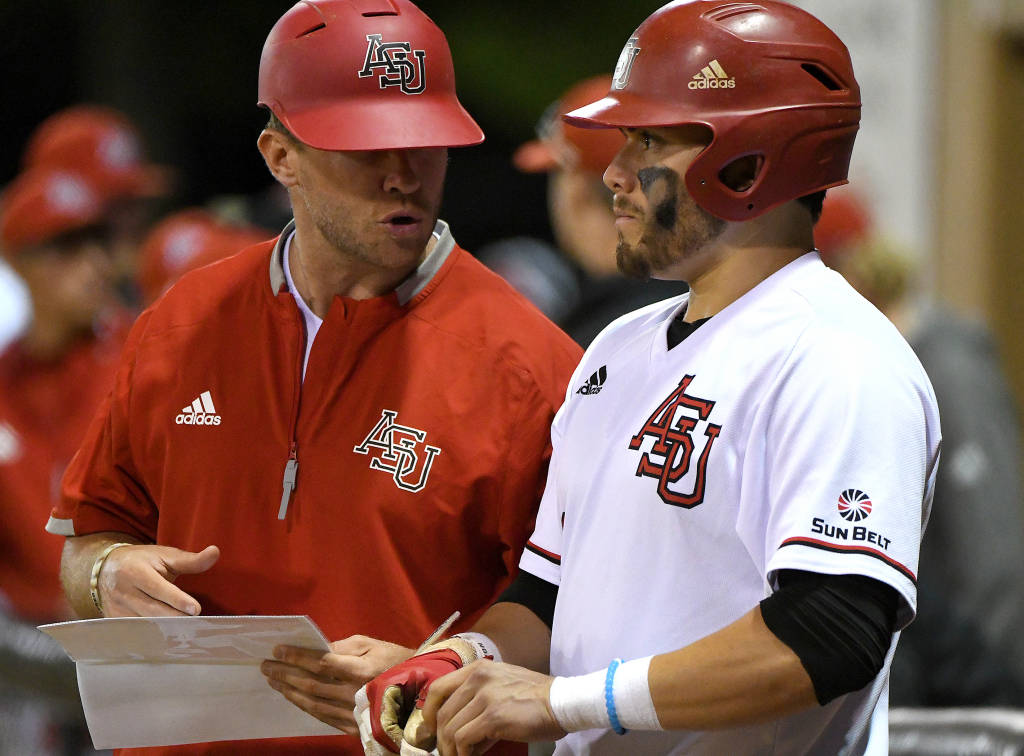 San Marcos, Tx. (4/19/19)– The Arkansas State baseball team dropped its seventh-consecutive Sun Belt contest Friday evening at Bobcat Ballpark. Following the 5-3 loss, the Red Wolves dropped to 22-18 overall and 8-9 in league play while Texas State improved to 26-13 overall and 11-6 in the SBC.

Zach Jackson (5-3) pitched seven innings, allowing four runs on six hits with two walks and five punchouts. Chandler Coates saw action out of the bullpen, for the first time this season, where he pitched an inning allowing one run on two hits with a strikeout.

The Red Wolves were able to strike first in the fourth, scoring three runs, when Sky-Lar Culver hit a two-run blast to right center before Alex Howard sent a two-out solo shot to left field. Culver finished the night one-for-four with two RBIs, a home run and a run while Howard finished two-for-four with a double, an RBI and a run.

The Bobcats got on the scoreboard in the sixth. With two outs, after Travon Benton hit a two-run double just fair of the right field line. Texas State took its first lead of the match 4-3, when Skylar Valentine scored on a wild pitch.

Texas State added insurance, in the final two innings, tacking on a two spot in the seventh and a run in the eighth, to take an 5-3 advantage over the Red Wolves. Dalton Shuffield wrapped up the match up hitting two-for-four with and RBI, a walk and a run while Benton finished two-for-three with two RBIs.

Arkansas State will return to action Saturday, April 20, when it concludes its three-game series against Texas State. The first pitch for the series finale is scheduled for 1 p.m. at Bobcat Ballpark.

Original article source: http://www.astateredwolves.com//ViewArticle.dbml?DB_OEM_ID=7200&ATCLID=211800734 | Article may or may not reflect the views of KLEK 102.5 FM or The Voice of Arkansas Minority Advocacy Council