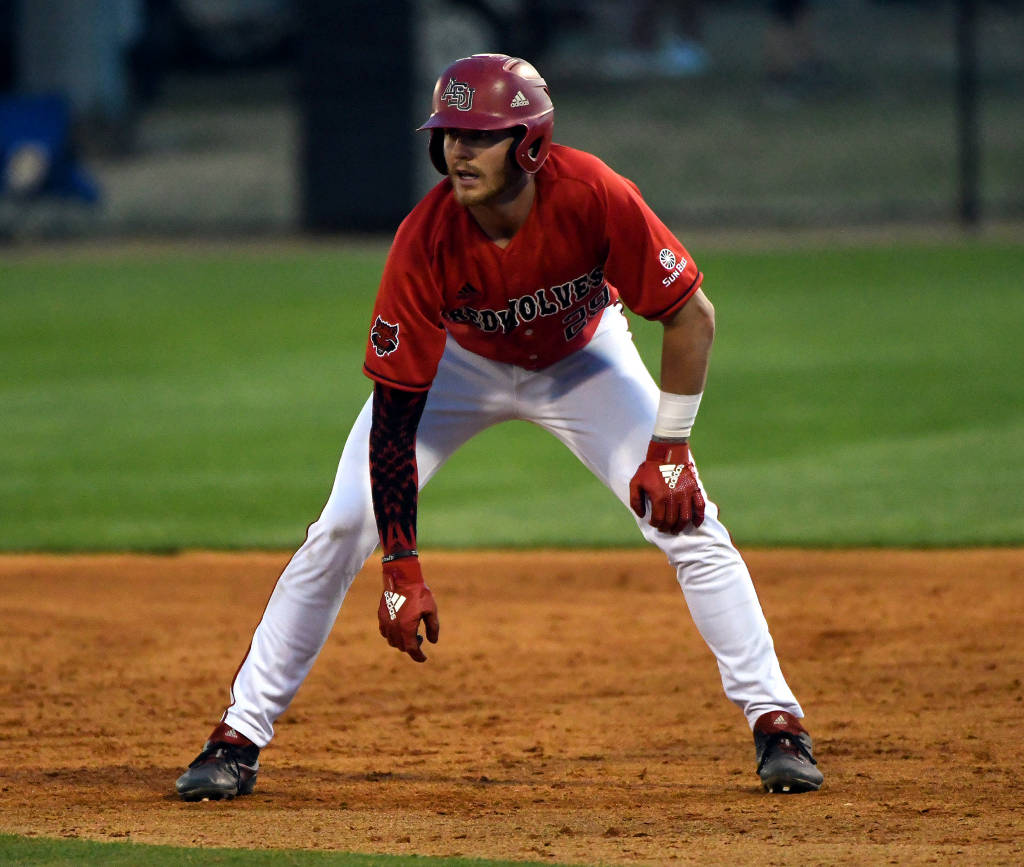 Lafayette, LA. (4/6/19)– The Arkansas State baseball team dropped both doubleheader contest to Louisiana Saturday evening at Russo Park. The Red Wolves fell in game one 14-5 and 6-1 in game two.

Austin Perrin had a quality outing for Louisiana in game one, pitching seven scoreless innings, only allowing three hits with two walks and punching out six.

A-State scored its only four-runs in in the eighth inning, when Sky-Lar Culver hit a grand slam to right center, to pull within 10-4 of the Cajuns. Louisiana responded in the bottom of the eighth, with a four-spot to extending its advantage 14-4.

In game two, the home team added insurance in the bottom of the fifth, tacking on a four-spot when Daniel Lahare sliced a single through centerfield and Monica singled through right scoring Hunter Cantrelle. The Cajuns went up 5-1, when Spears was hit by the pitch with the bases loaded and Lahare popped a sacrifice fly to right field welcoming home Monica.

A-State scored its only run in the fourth inning, on a Culver double down the leftfield line. Culver finished the second game two-for-four with an RBI and a double. The Cajuns added another run in the sixth inning to pull away 6-1.

Brandon Young was fantastic for the Cajuns in game two, when he pitched seven innings, only allowing one run on four hits and striking out a career-high 13.

The Red Wolves return to action Tuesday April 9, when they host Central Arkansas. The first pitch is set for 6:30 p.m. at Tomlinson Stadium.

Original article source: http://www.astateredwolves.com//ViewArticle.dbml?DB_OEM_ID=7200&ATCLID=211798820 | Article may or may not reflect the views of KLEK 102.5 FM or The Voice of Arkansas Minority Advocacy Council