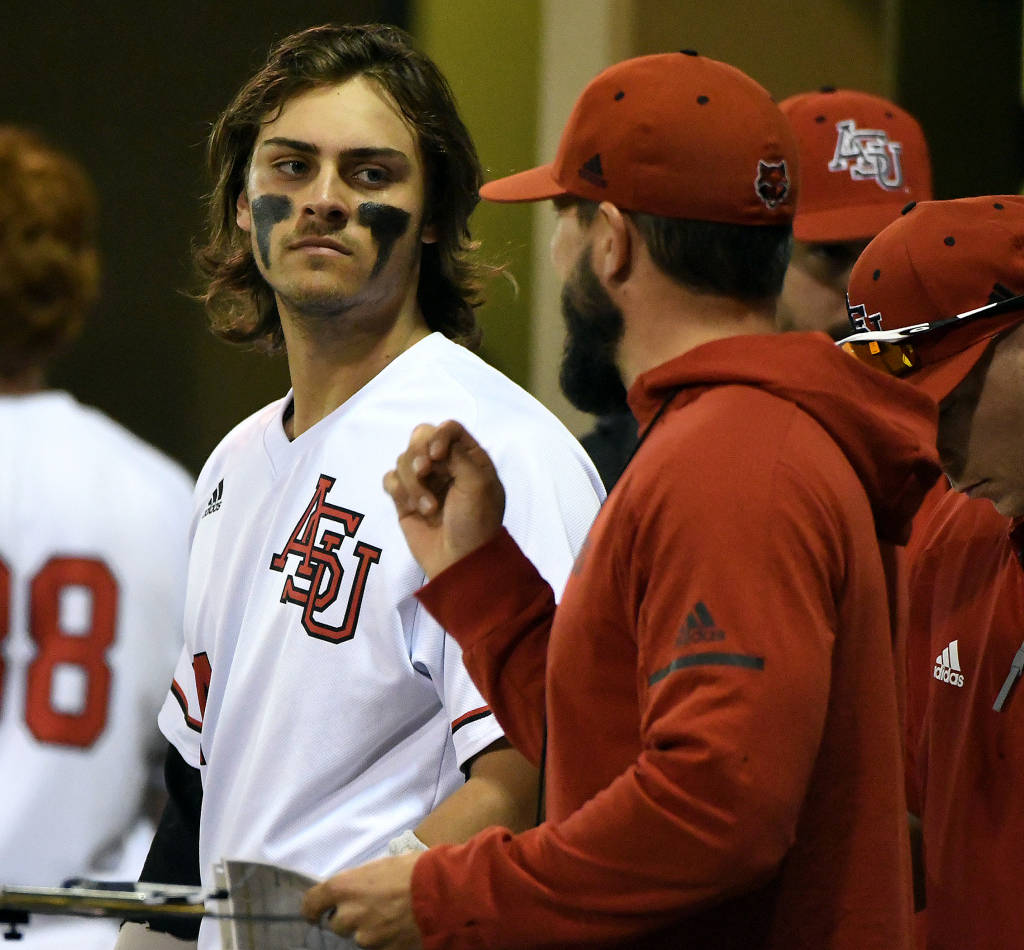 Jonesboro, Ark. (4/12/19)–The Arkansas State baseball team loaded the bases in the ninth inning but couldn’t drive in any runs when it fell to UT Arlington 4-3, Friday evening at Tomlinson Stadium.

The Scarlet and Black took a 2-1, in the fourth inning, when Justin Felix hit a two-run homer to leftfield. Felix finished the night one-for-four with two RBIs and a homer, he now has a team-high seven home runs on the season. A-State tacked on another run in the fifth inning.

The Mavericks rallied in the fifth inning, tacking on a three spot, when Boone Montgomery scored on an error, Andrew Miller singled through the right side to score cook and Anthony Dominguez came across on a fielder’s choice to take a 4-3 lead over the Red Wolves.

A-State loaded the bases in the ninth inning, when Andrew Leggo singled through the right side, Drew Tipton singled trough centerfield and Will Huber reached on a fielding error, but Will Zimmerman couldn’t drive in any runs when he struck out swinging.

A-State will return to action Sunday in a doubleheader, to conclude its series against UT Arlington. Sunday’s doubleheader will start at 11 a.m.  There will be a 30-minute intermission between the two games.

Original article source: http://www.astateredwolves.com//ViewArticle.dbml?DB_OEM_ID=7200&ATCLID=211799578 | Article may or may not reflect the views of KLEK 102.5 FM or The Voice of Arkansas Minority Advocacy Council

Story Links JONESBORO, Ark. (4/4/21) – Arkansas State's midweek baseball contest versus Central Arkansas, scheduled for Tuesday, April 6 in Jonesboro, has been postponed due to a COVID-19 issue within Read more