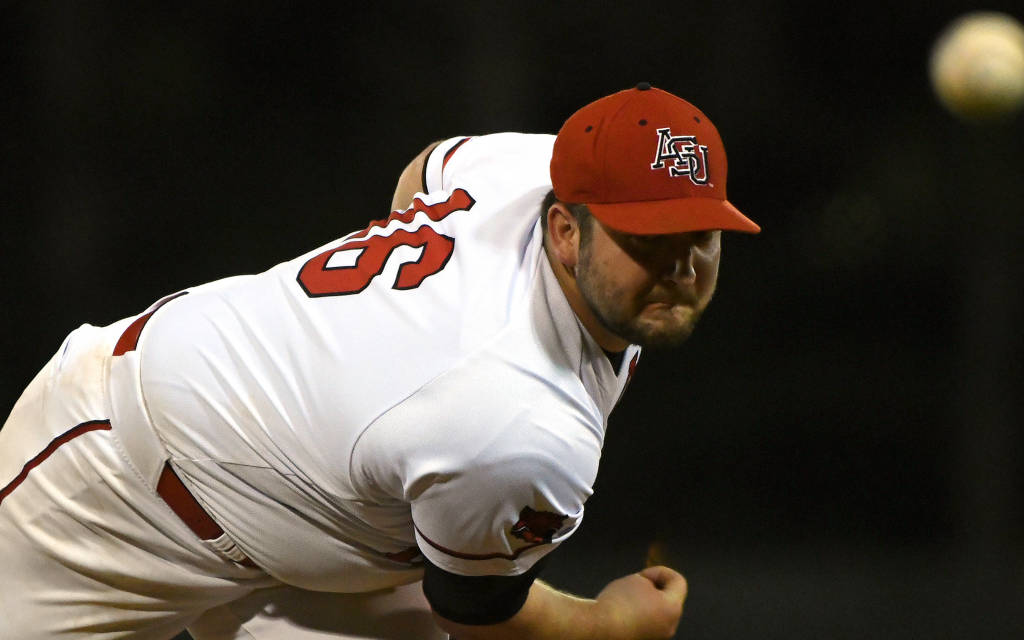 The Chanticleers loaded the bases with a double, a single and an HBP in the bottom of the fifth but Zack Jackson was able to escape the situation with the back-to-back punchouts and a ground out.

Jackson registered his fourth-consecutive quality start of the season (4-1), allowing one run on eight hits while striking out six. Jack Jumper relived Jackson and allowed one run on just one hit over the final 2.0 innings to pick up the save.

Sun Belt Preseason Player of the Year, Kyle MacDonald ignited the Red Wolves offense in the third inning, when he launched a three-run opposite homerun to left center scoring Alex Howard and Drew Tipton. MacDonald finished the night one-for-five with three RBIs, a run and a homerun.

Howard extended the A-State advantage 4-1 when launched a leadoff homerun to left field. The Albuquerque, N.M., native finished one-for-four with an RBI and a homerun. Tipton also contributed to the Red Wolves offense, ending the match two-for-three with a walk, a run and a steal.

Coastal took a 1-0 lead in the bottom of the second on a Skeels RBI single up the middle to get the scoring going for the game.

Coastal got one run back in the bottom of the eighth on a solo home run to left field off the bat of Skeels to close the gap to two at 4-2 heading into the final inning of play.

Original article source: http://www.astateredwolves.com//ViewArticle.dbml?DB_OEM_ID=7200&ATCLID=211797780 | Article may or may not reflect the views of KLEK 102.5 FM or The Voice of Arkansas Minority Advocacy Council