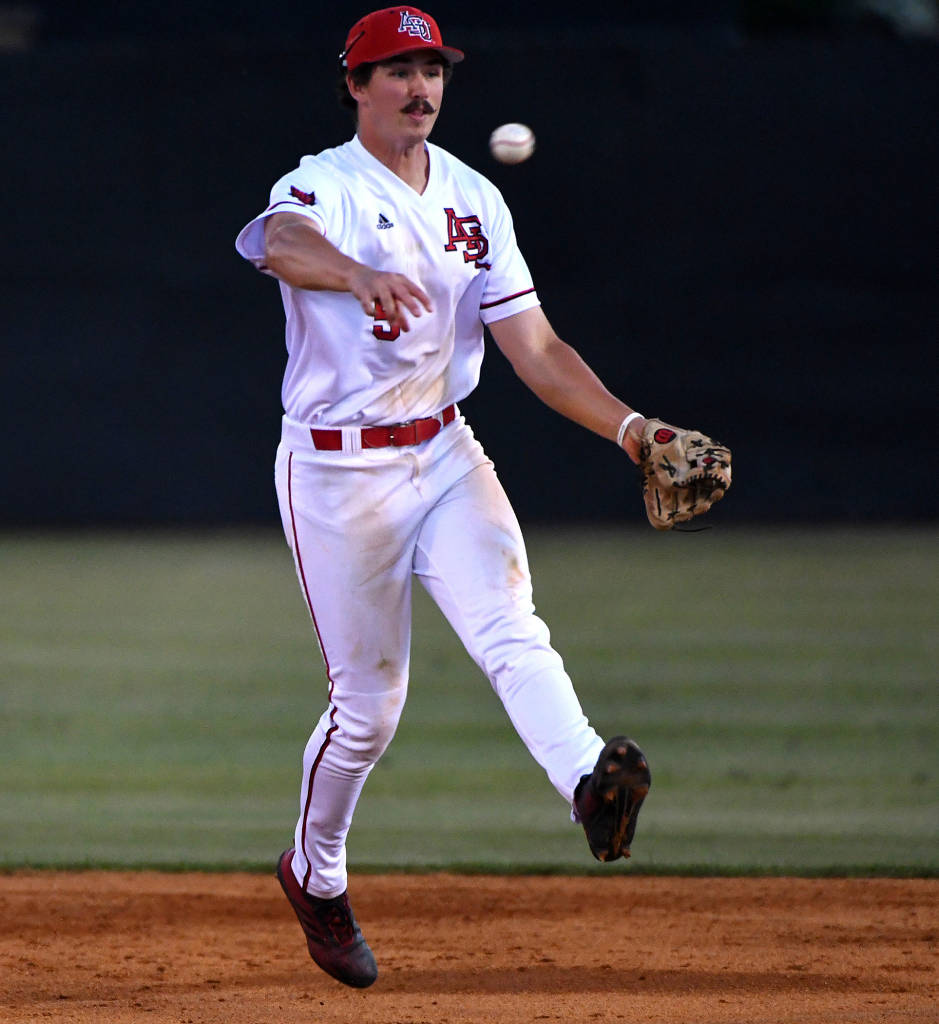 Zach Jackson (6-4) pitched 5.1 innings allowing two runs on six hits with two walks and five punchouts. Kollin Stone and Jack Jumper each pitched a scoreless inning as Stone punched out one while Jumper struck out three.

Sooke, British Columbia native., Duncan rallied again in the fourth, when he launched a two-run home run to right center to welcome home Justin Felix. Duncan finished the day, an impressive four-for-four with five RBIs, a triple and a home run while Kyle MacDonald finished two-for-four with a run.

The Red Wolves extended its advantage 8-1 in the fifth, when Culver doubled through left center and Duncan singled through the right side. A-State added two more runs in the eighth when Felix scored on a fielder’s choice and Duncan scored on a wild pitch. Appalachian State scored its only two runs in the first and sixth innings.

A-State will return to action Saturday, May 4, when it continues it series against Appalachian State. The first pitch is set for 6 p.m. at Tomlinson Stadium.

Original article source: http://www.astateredwolves.com//ViewArticle.dbml?DB_OEM_ID=7200&ATCLID=211802505 | Article may or may not reflect the views of KLEK 102.5 FM or The Voice of Arkansas Minority Advocacy Council